“ Ciudad Oculta” (Hidden City) is a shanty town in Buenos Aires that the government surrounded by walls in 1978, in order to protect the foreigners from the shocking sight of its poor population during the World Cup in Argentina. This measure couldn’t be more up-to-date with the cleansing methods taking place in some Brazilian cities hosts of the 2014 games.

It is not new that governments and societies try to keep the poor and socially excluded as invisible as possible. We were intrigued to see what  was happening in Buenos Aires 36 years later.

Hit by an economic crisis since 2001, Argentina has been struggling since then with serious issues such as a growing debt, uncontrolled inflation and a strong currency devaluation.

Today Buenos Aires has 21 sprawling slums, or villas. Stigmatized as places of violence, high criminality and drug trafficking, we visited two villas despite the safety warnings from Argentines. There we were guided by some locals, who became very enthusiastic about our interventions. Enthusiastic and intrigued, since art is not often seem inside the villas. In Villa 31, a slum rubbing elbows with the wealthiest neighborhood of BA - Recoleta - we met Juan Romero. He runs a pirate radio station and develops social programs for the youth. Juan and his team of friends opened their walls to The ArtFabric. While pasting, we learned a bit about their daily struggle. Cesar, a resident accompanying us, was very eager to paste the fighting fist of Chinese artist Aniu next to a stencil of fists which represented the local movement for Housing Rights. Phillippe  Herard’s work generated several interpretations by residents, from social  to poetical. A recurrent question from passers-by is: " What does this drawing mean?" to which we reply with the question: "What does it mean to you, what do you see?"

While working in the villas, we were extremely touched by people’s generosity and gratitude. In one occasion, Florina, the owner of a very modest bakery in Villa 21-24 prepared us a bag of fruits and cookies for the road. She said it was her way to thank us for the beautiful artworks pasted next to her business. In fact, this type reaction is not exclusive to Argentina.

Even though we didn’t find many people living in the streets, we pasted in a few homeless communities. In one of these encounters, we met Maria Zamora, 51. With her two teenager sons, they had been living under an overpass for the last 6 years. Maria’s family was living in complete depletion, on survival mode.

Every now and then, when we are faced with the most deprived realities, we can't help asking ourselves what kind of meaning our work might have for some groups. As socially engaged artists, we are constantly probing the impact of our actions in the communities.

What we know is that much of this impact cannot be measured or put in a chart. 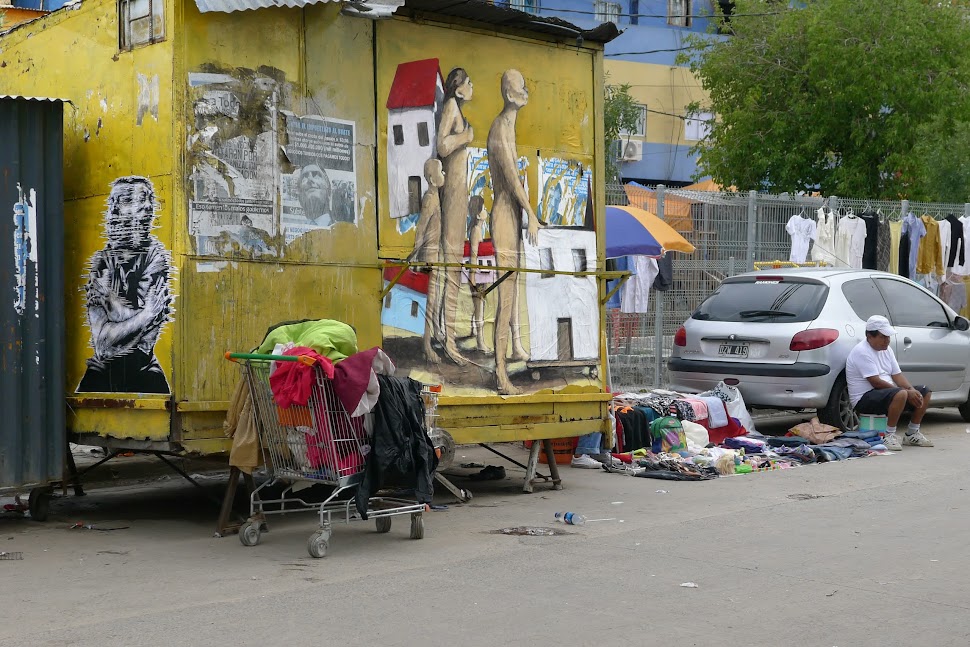 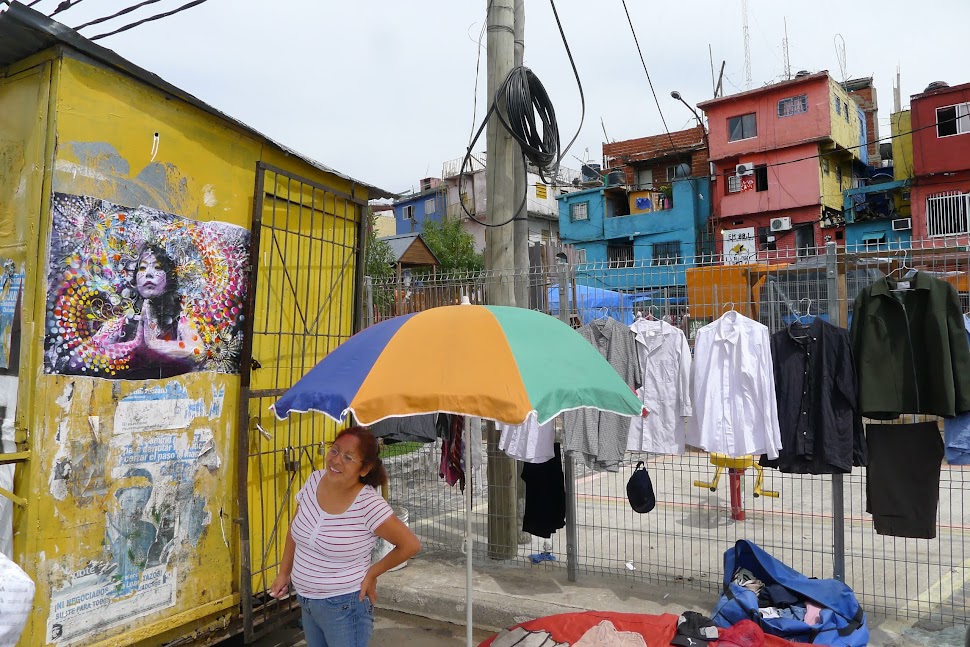 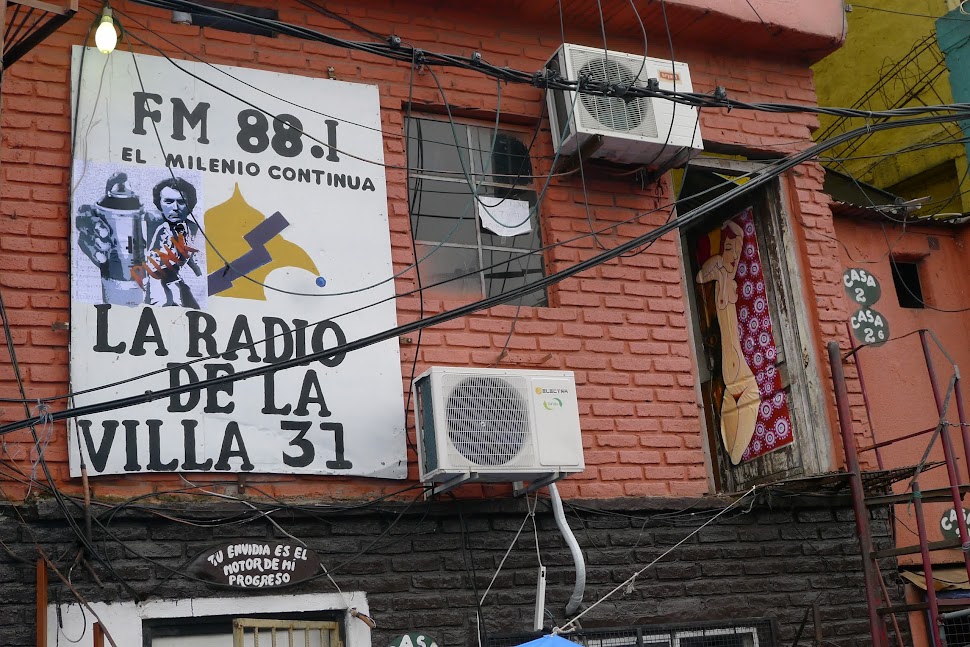 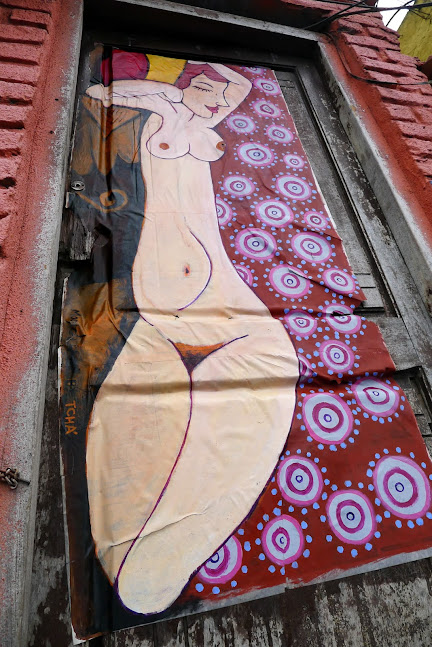 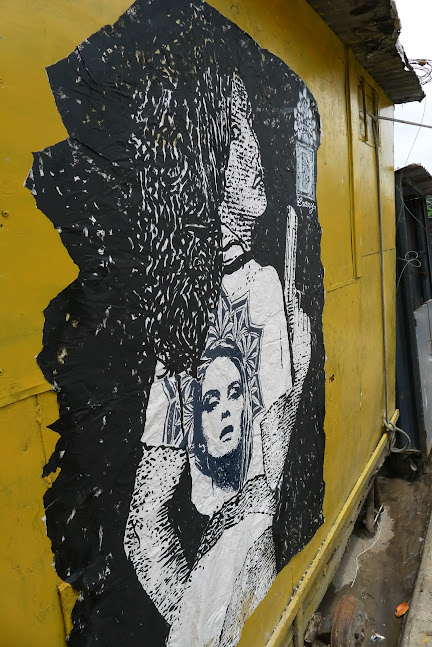 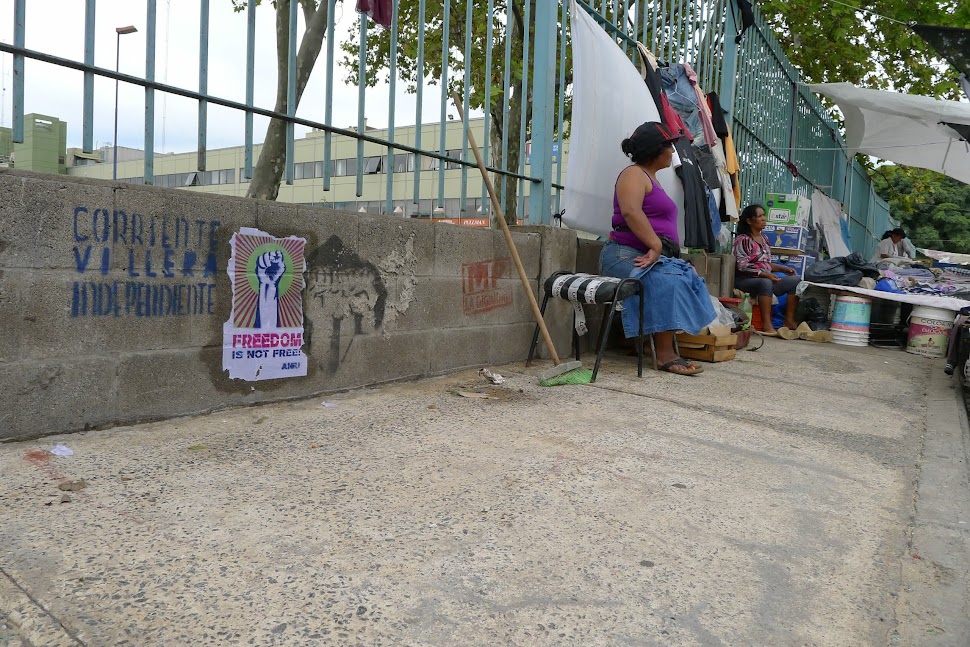 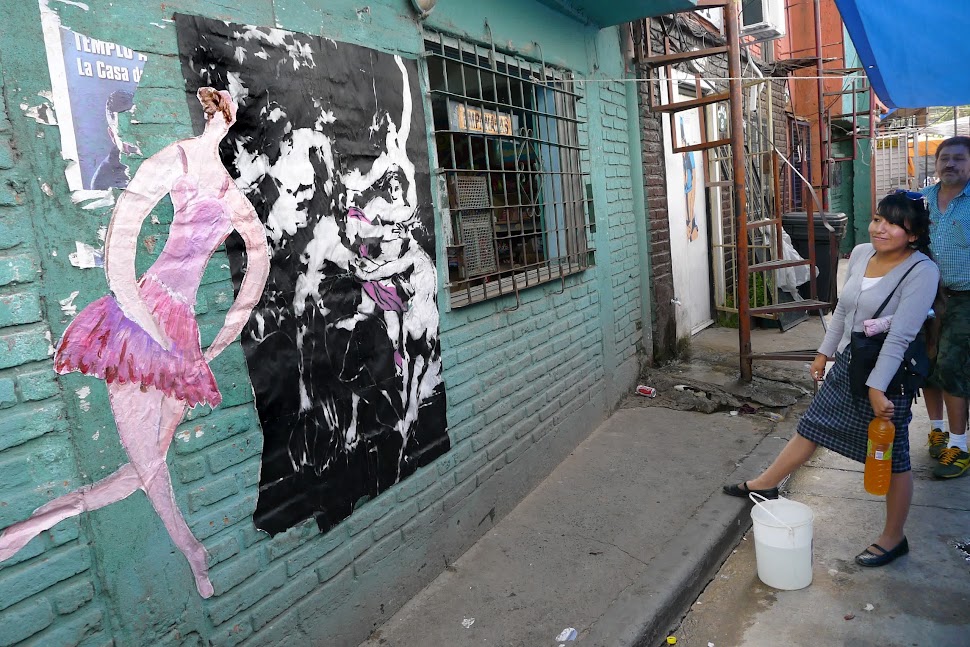 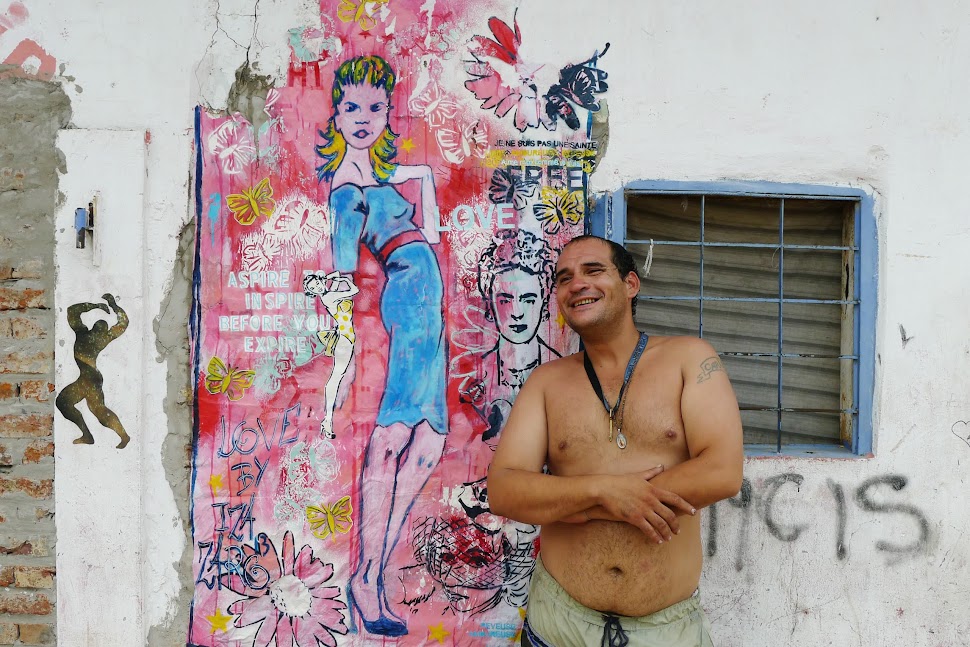 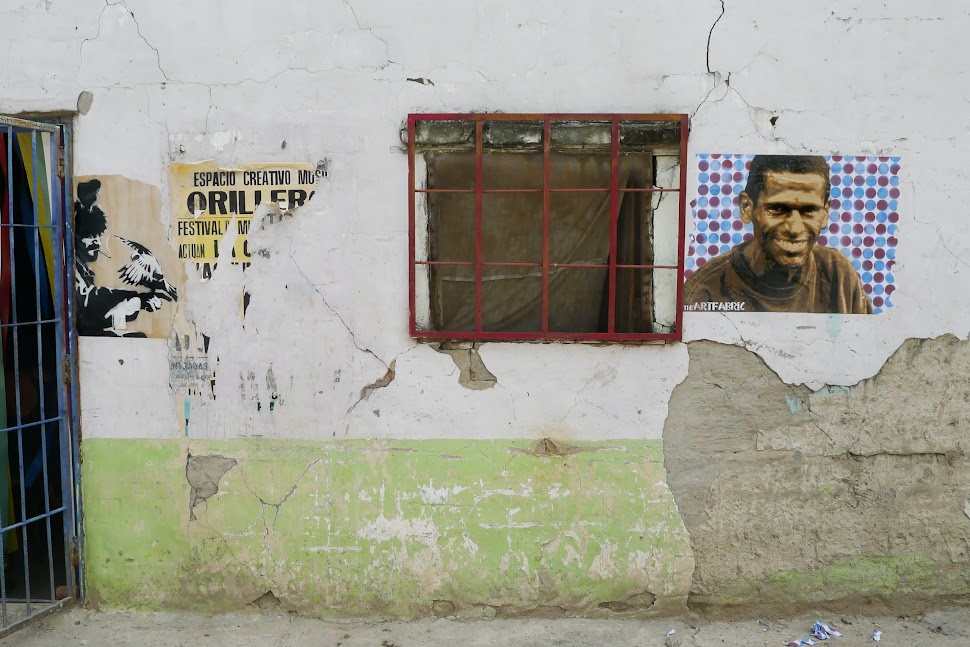 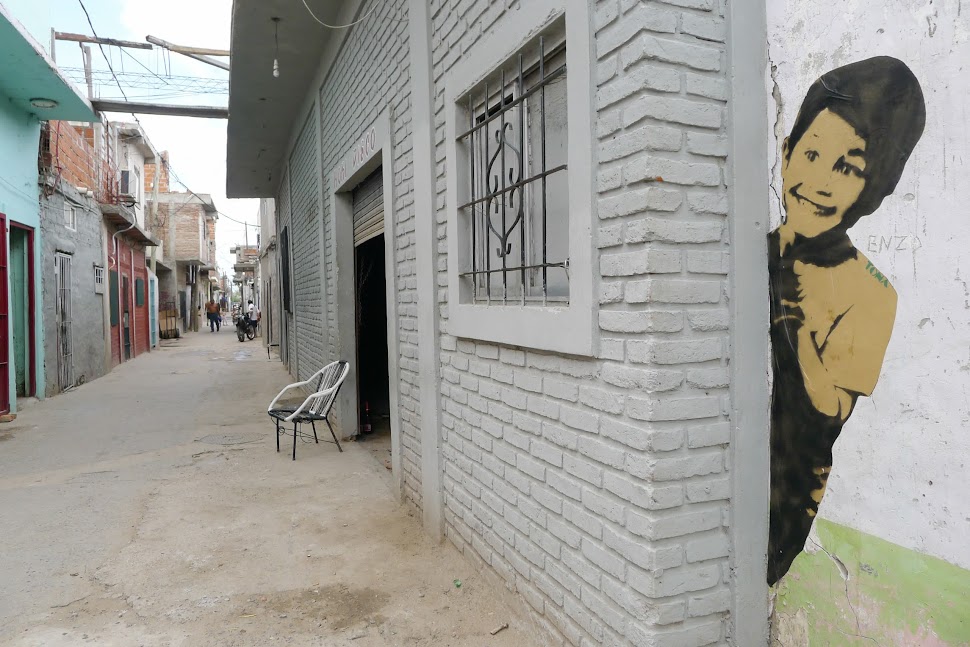 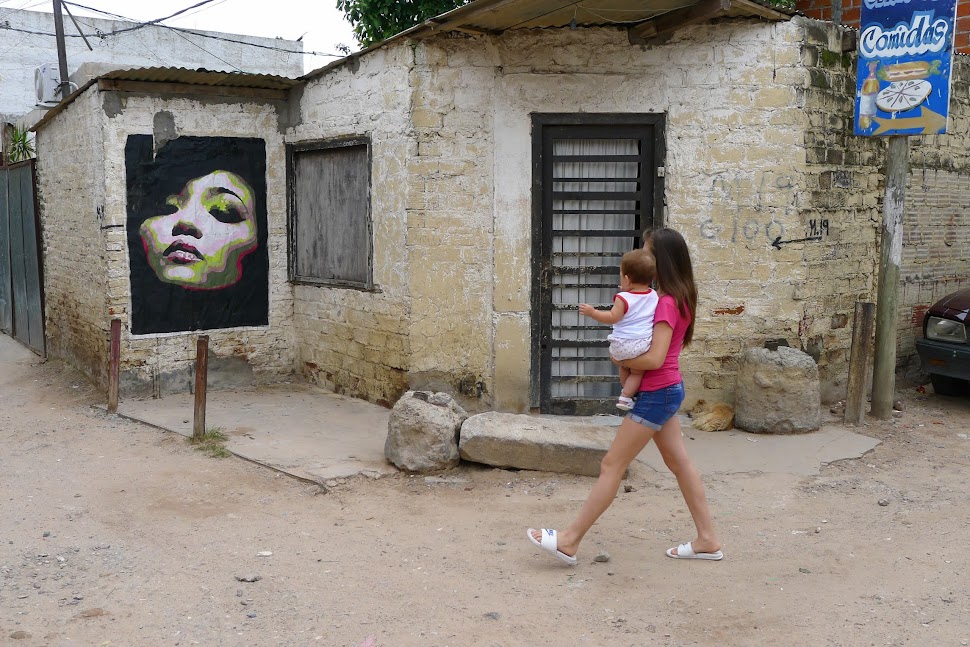 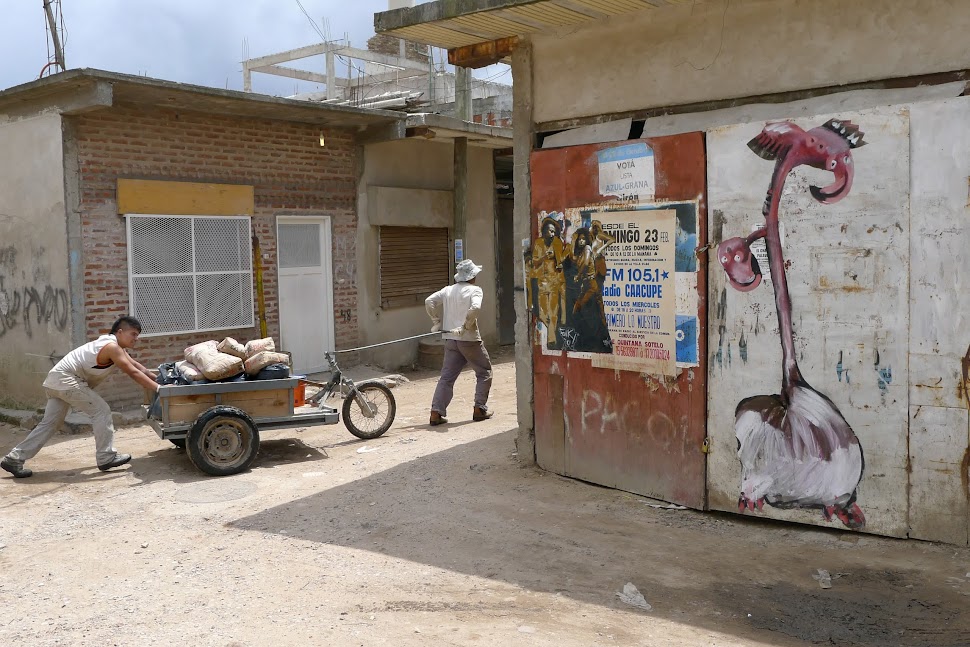 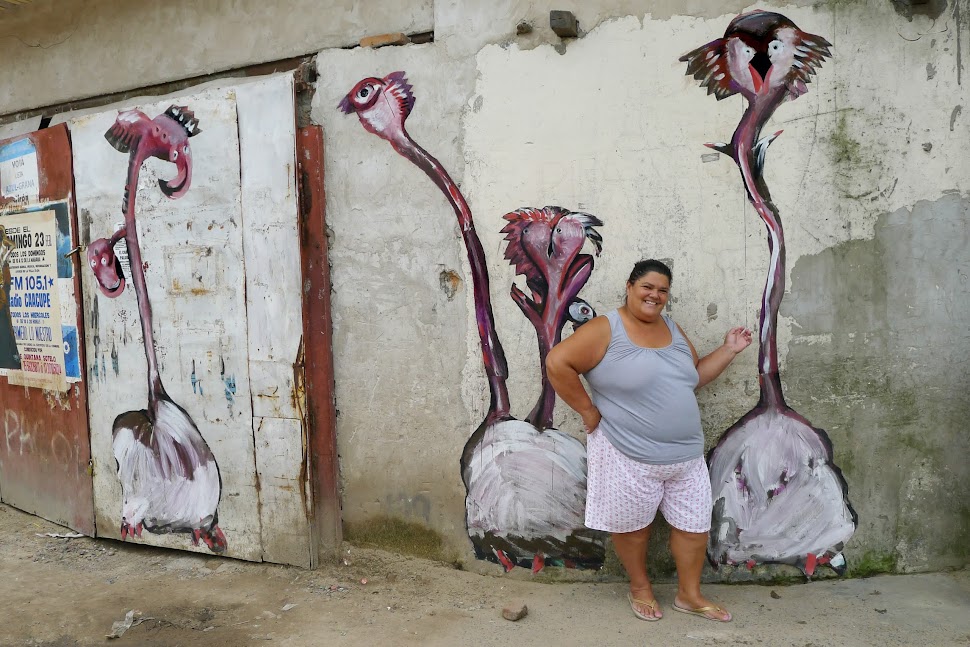 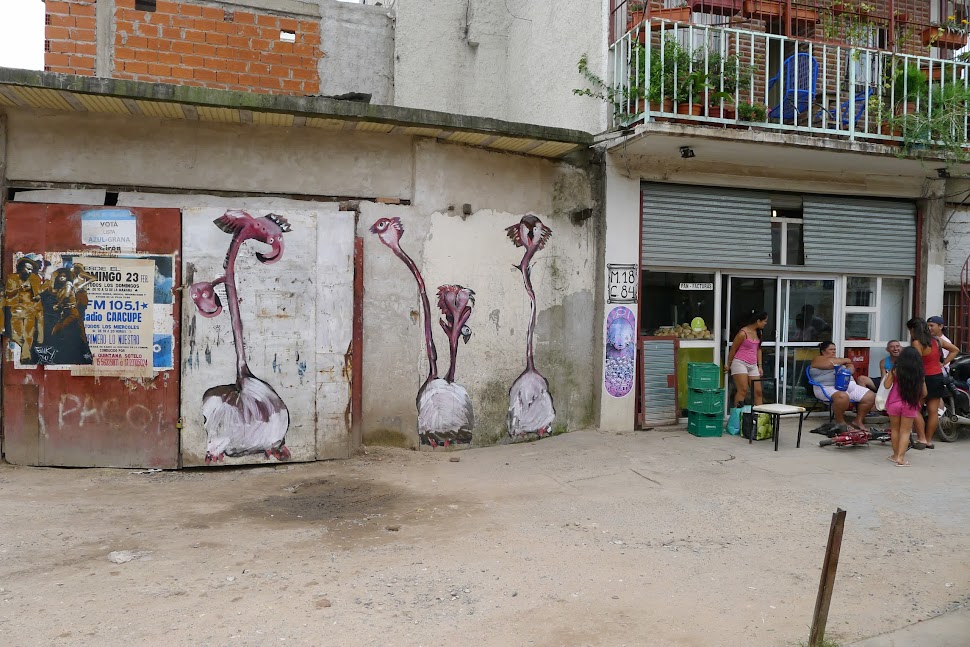 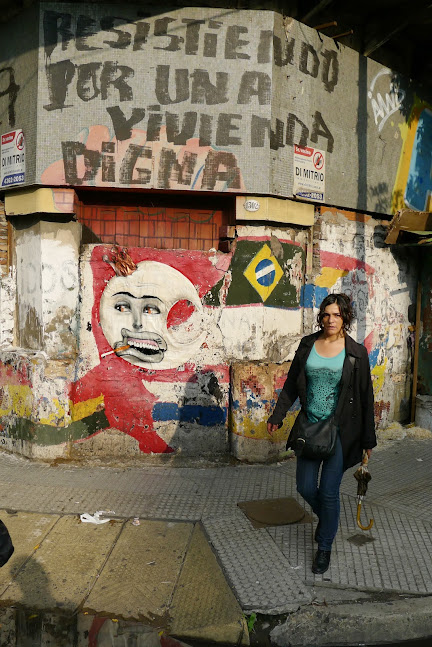 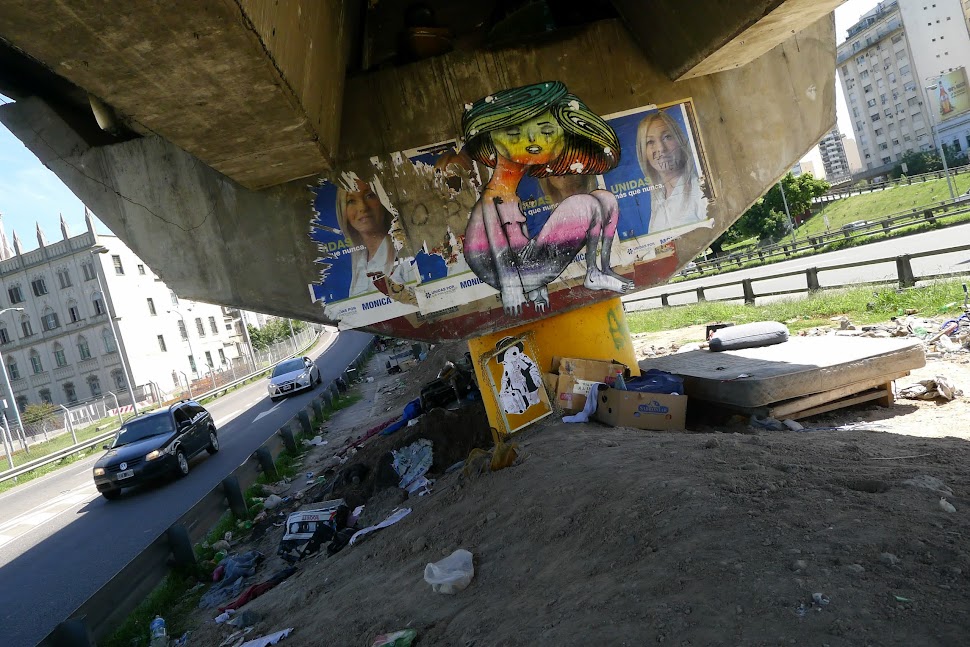 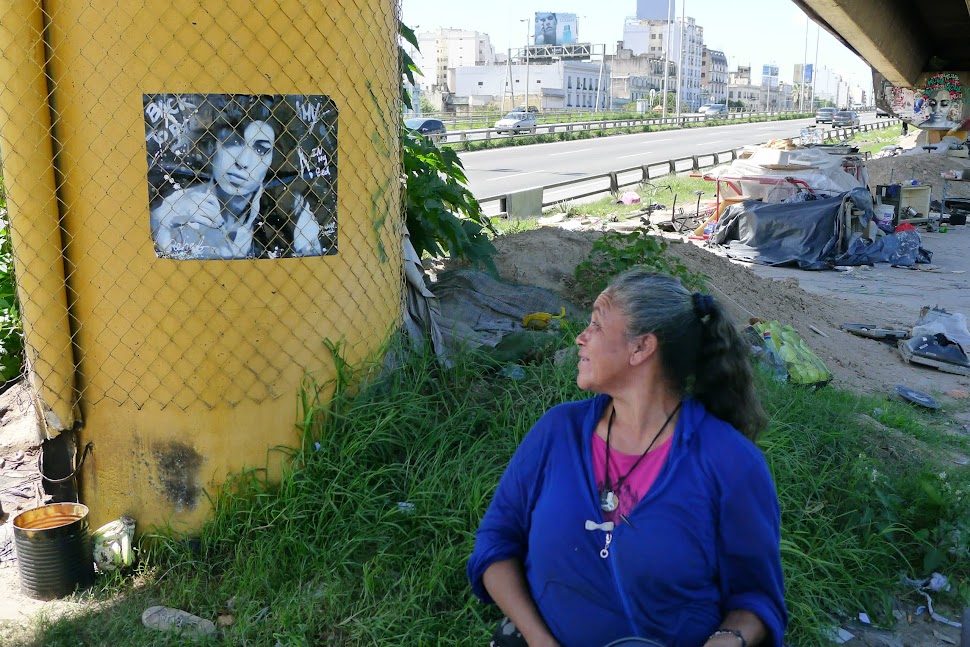 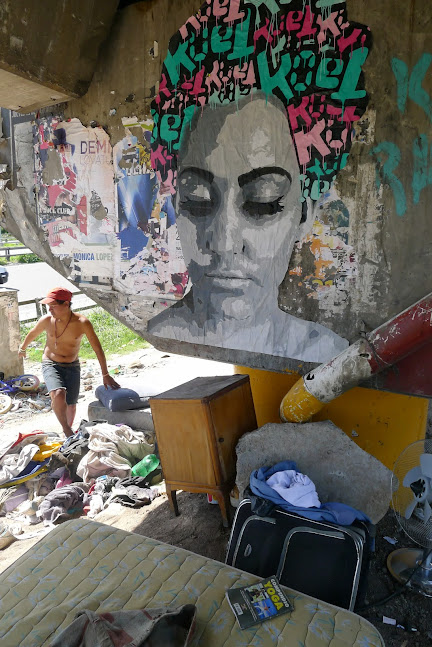 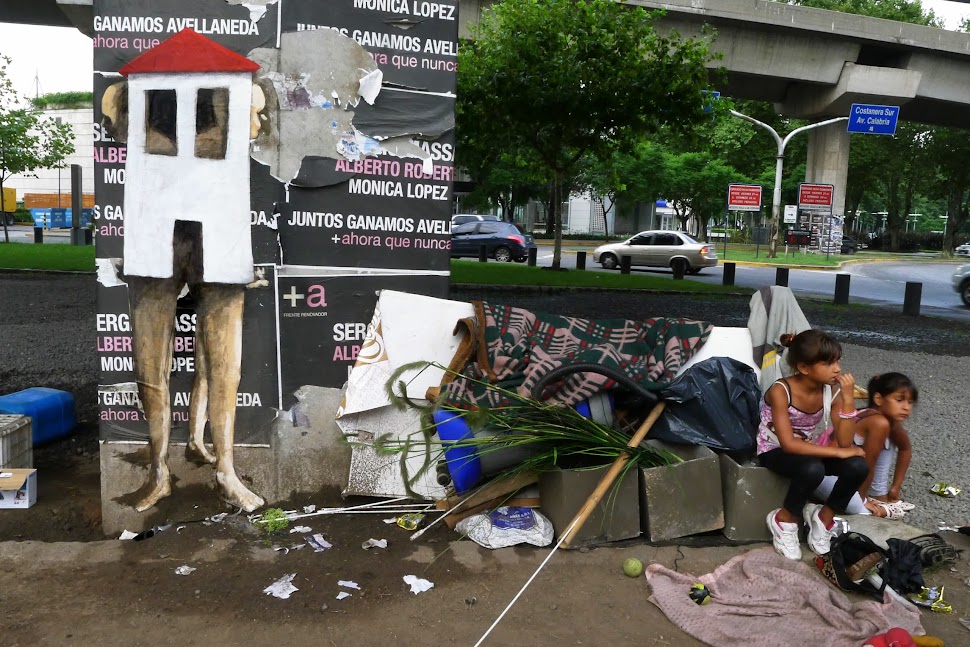