Berlin, the other walls

The Berlin Wall is a universal symbol of absurd separation, which can divide men in the name of ideology; however, if Berlin wall collapsed, other walls remain solid: social walls, economic walls, cultural walls.

By the Spree river, in one of Berlin’s trendiest areas, The ArtFabric finds a settlement where dozens of people illegally occupy an abandoned ground.

The residents living there come from various backgrounds and countries; some of them are Germans who have lost their jobs and homes. Others are a melting pot of young marginals choosing to live there as an alternative way. A group of Russians spend most of their time drinking beer. But the largest group is made of sixty people, half Bulgarians and half Romanians, regrouped by entire families with a large number of children of all ages. Their houses are made of pieces of boards, pallets of wood, the furniture being found on pavements. Often, a big TV screen is there, as a trophee...but no electricity comes to the camp, so those screens remain an illusion.

These families migrated to Germany searching for a better life. According to Methin, a young man from Bulgaria, many of his compatriots choose Germany because its police is known to be less aggressive and more tolerant to the presence of immigrants than in other European countries.

The first contact The ArtFabric has with them is very difficult, since their immediate reaction when in contact with "visitors" is to beg for money, again and again. We explain the purpose of our project - sharing art in vulnerable communities - but due to language barriers we are not sure if we are understood properly, despite of one text which was translated in romanian for us.

Still, we paste a few original artworks of their choice on their walls.

We come back to the camp many times in order to gain their trust. Little by little our presence in the camp starts to be accepted and appreciated. Many come after us asking to have more art pasted on their walls and more photographs taken. After making several portraits of them, we print our photographs and distribute those to everyone. We then send the images to three artists who create original artworks based on these portraits. 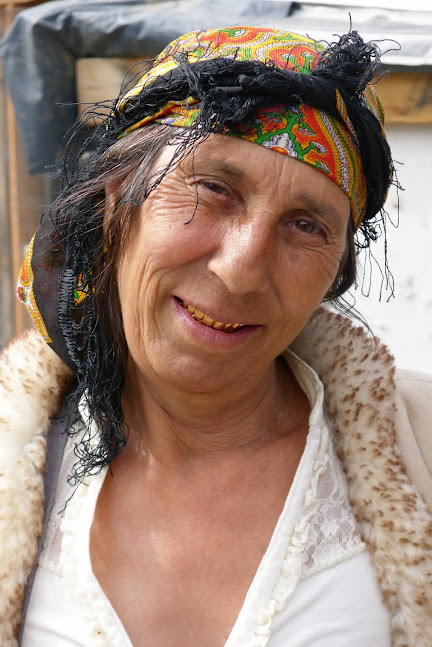 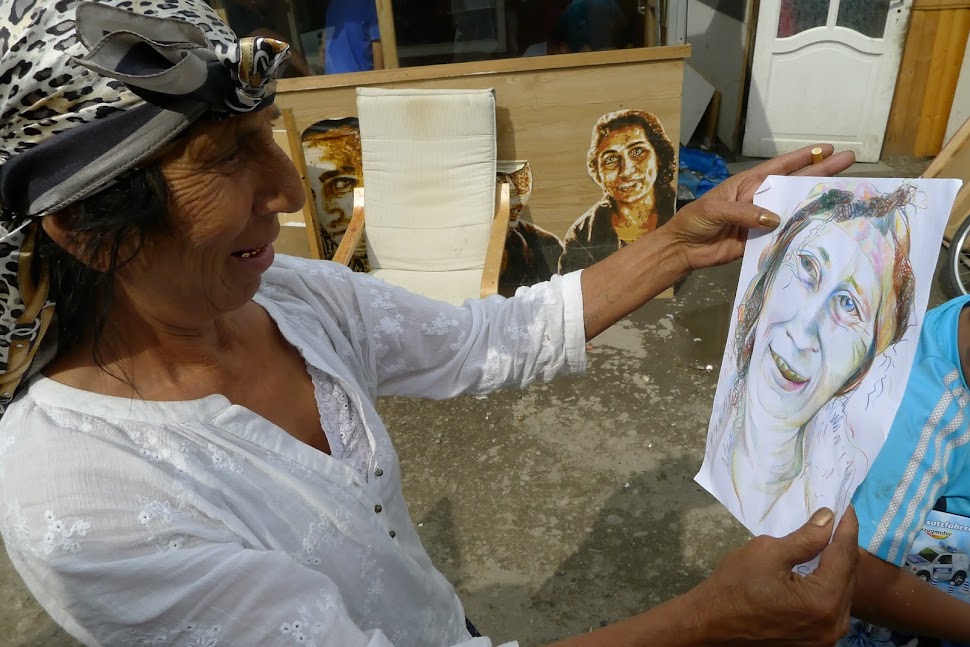 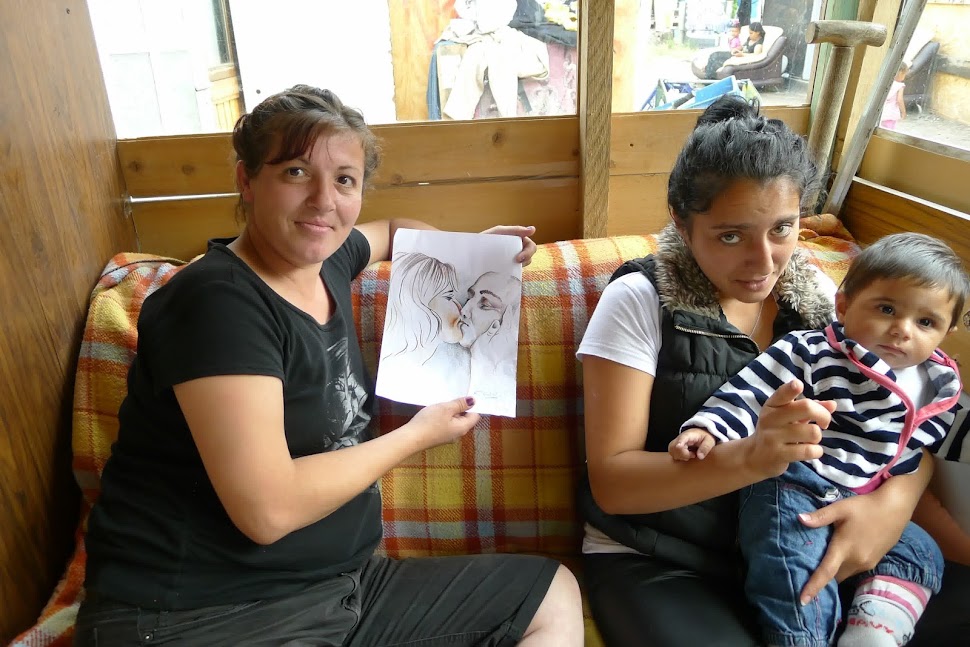 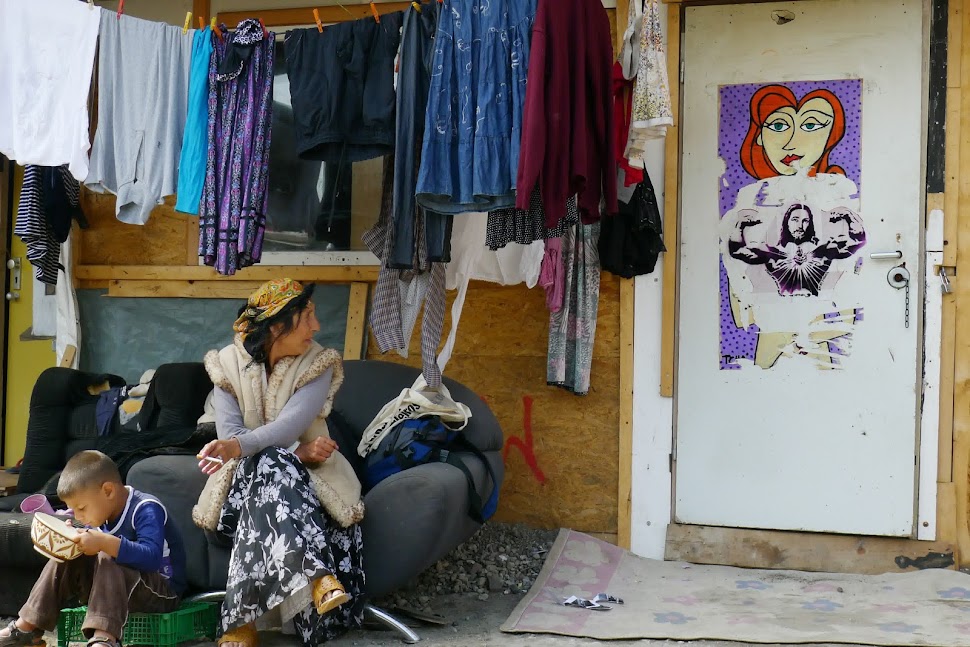 art by Tcha and BsAsStencil 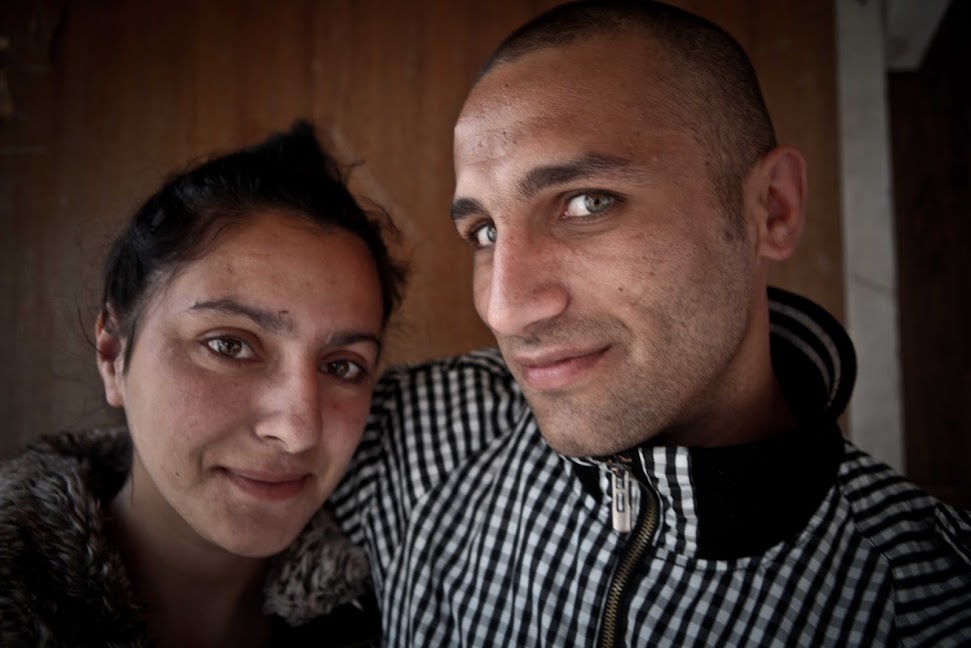 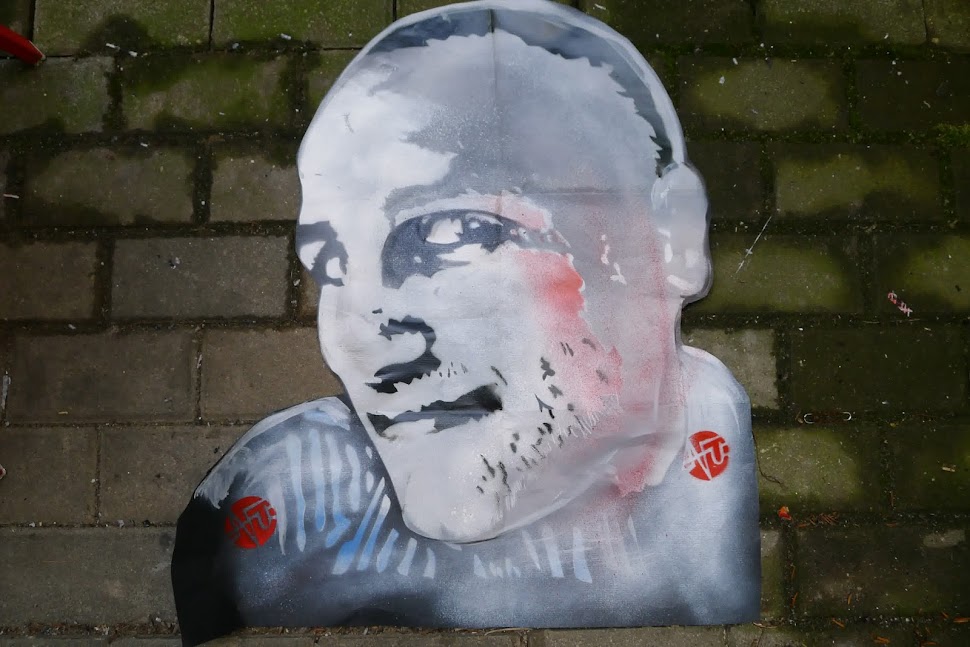 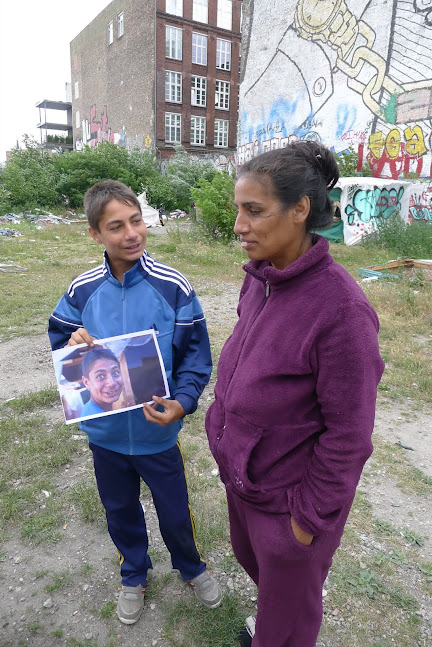 Doan with a picture bt the ArtFabric 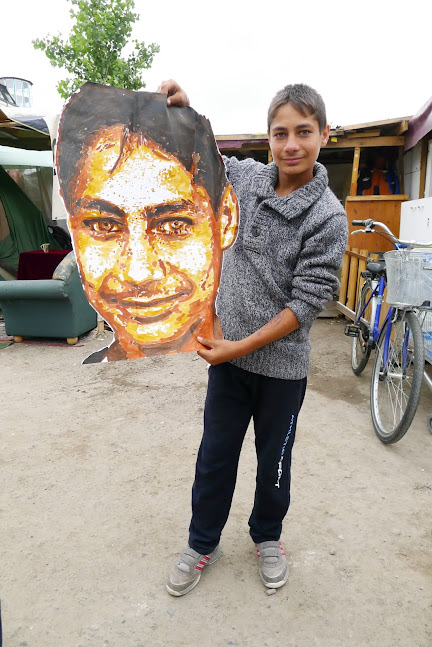 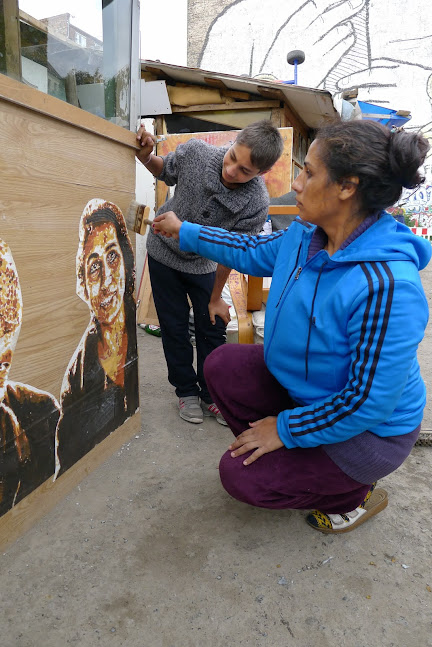 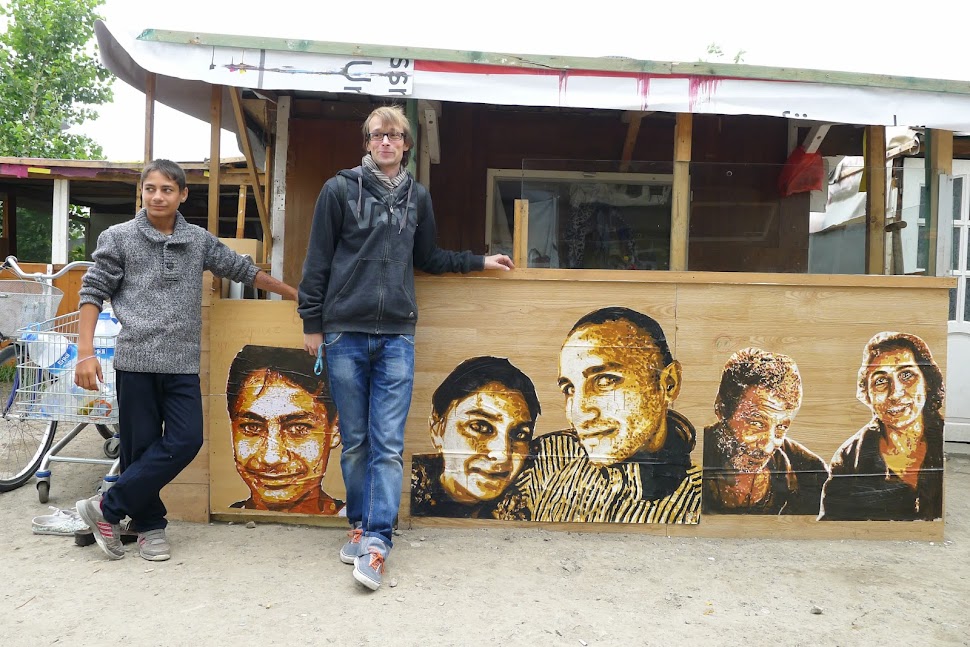 Doan and Ebenholz in front of stencil portraits by Ebenholz 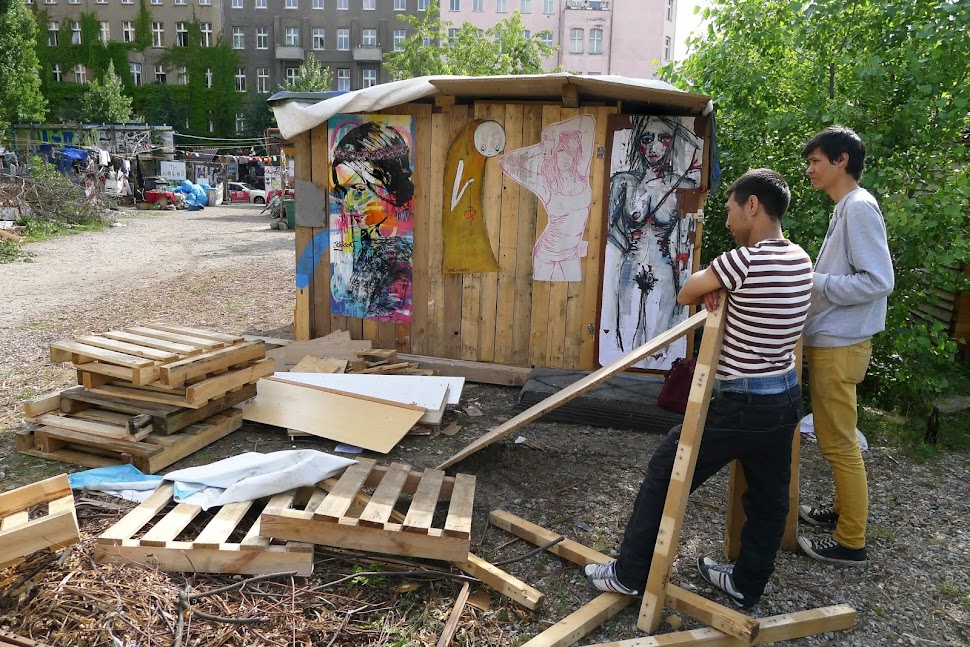 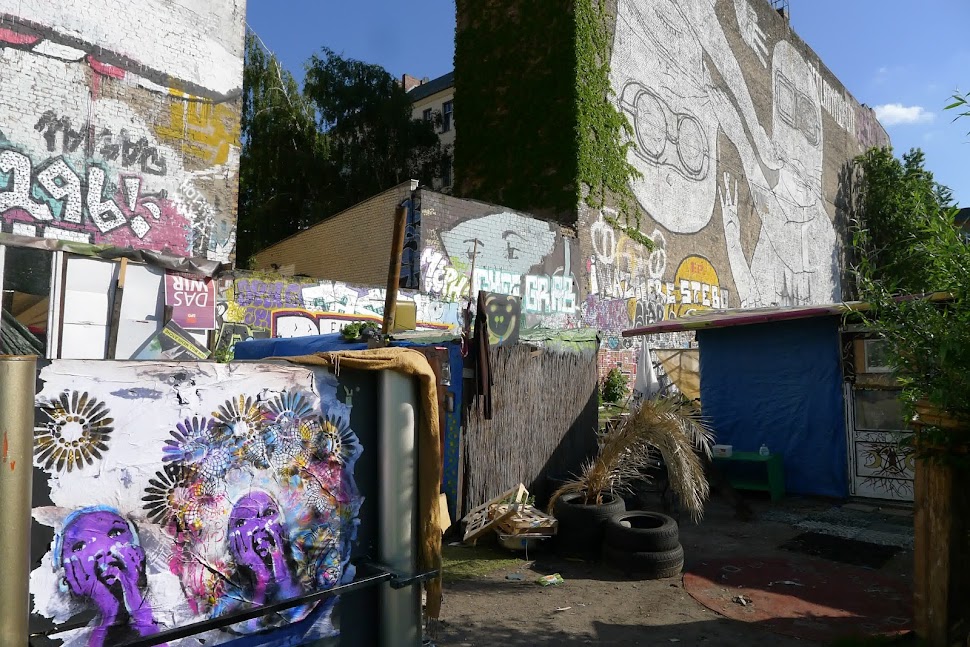 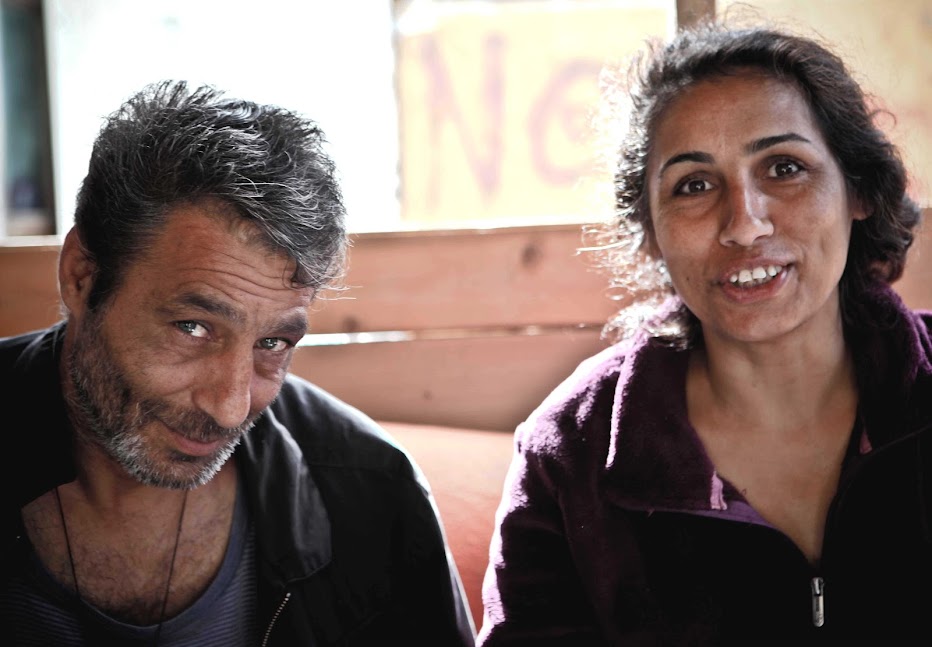 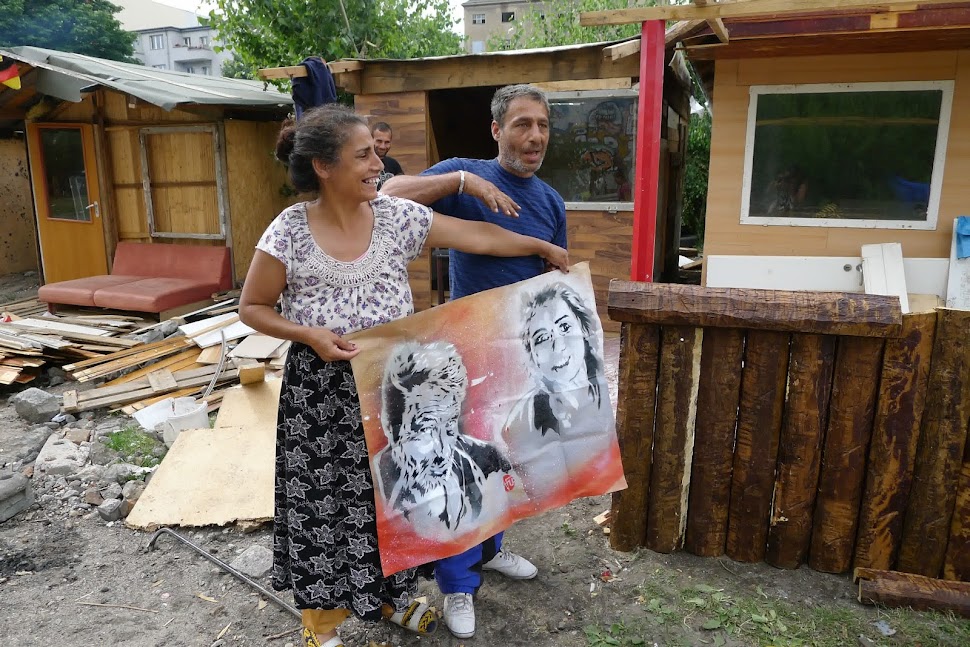 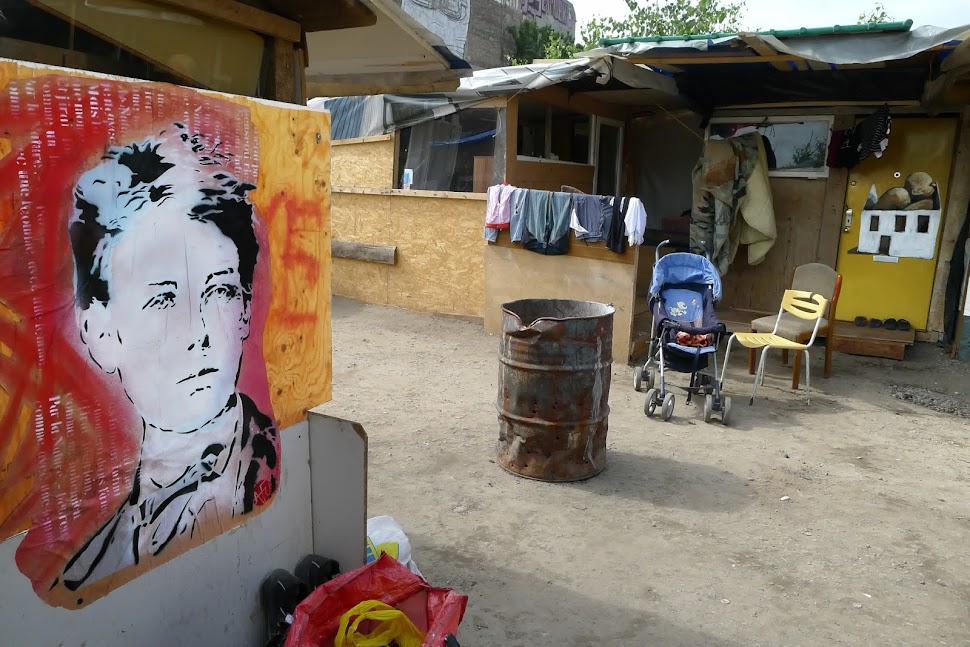 artwork by NiceArt and Philippe Herard 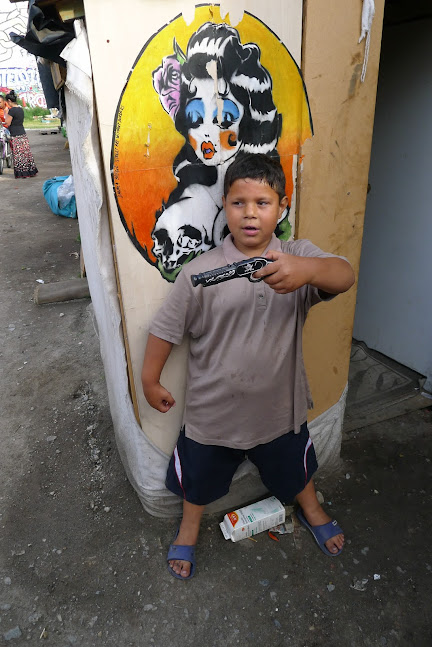 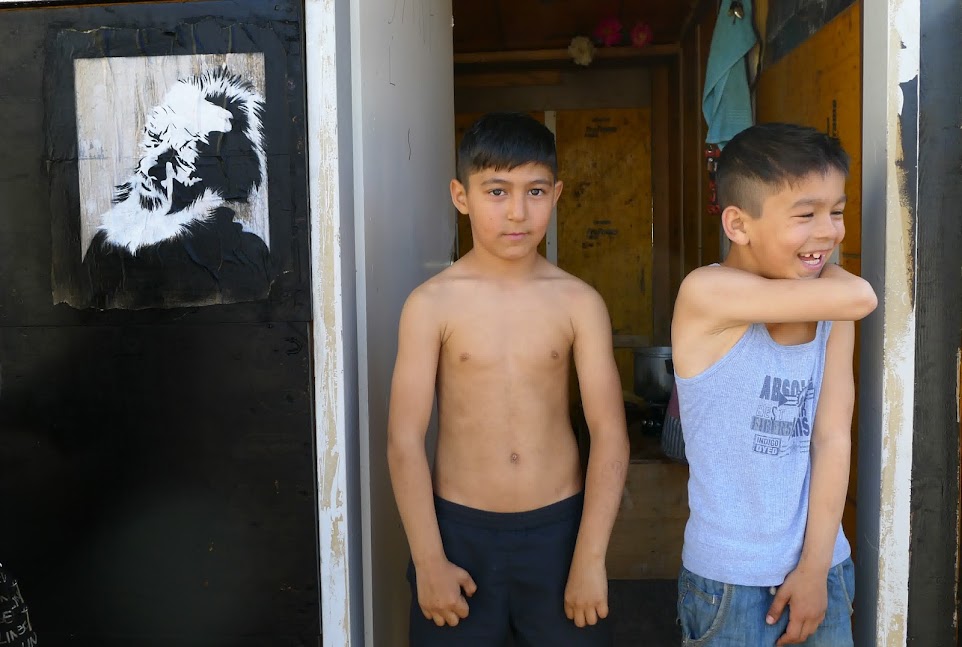 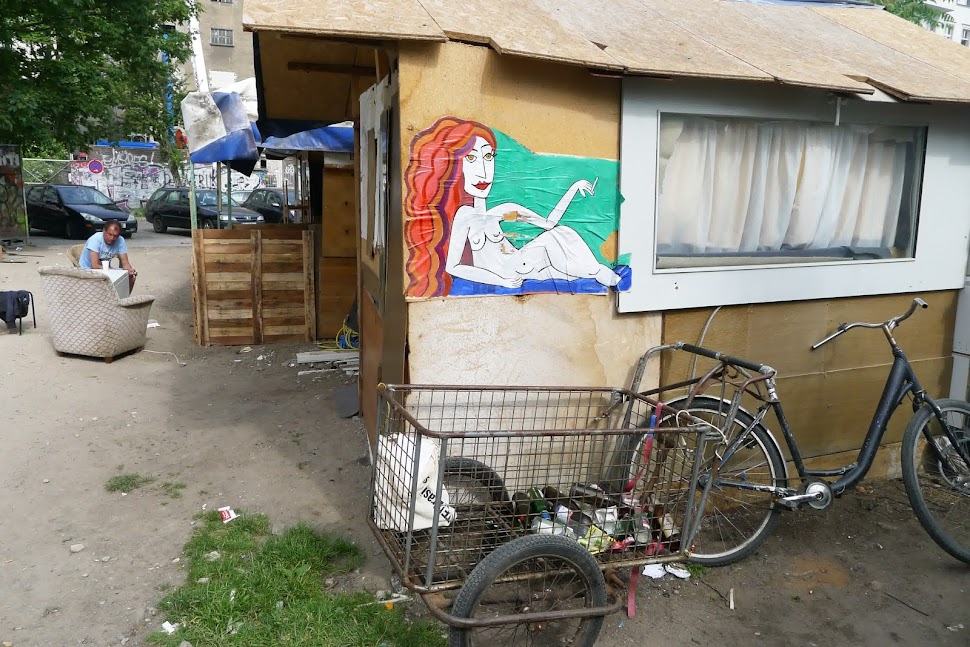 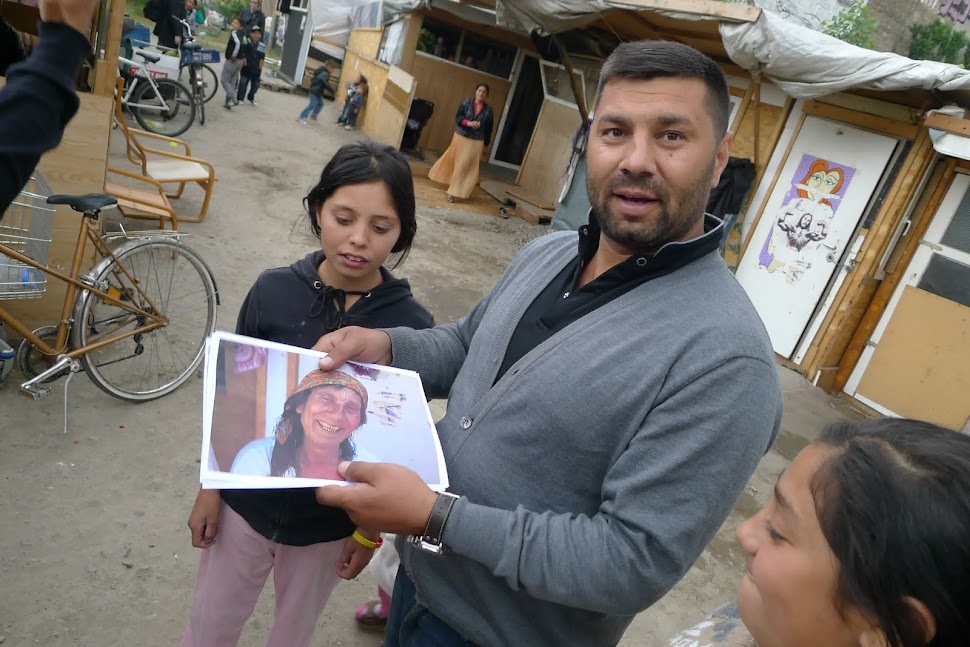 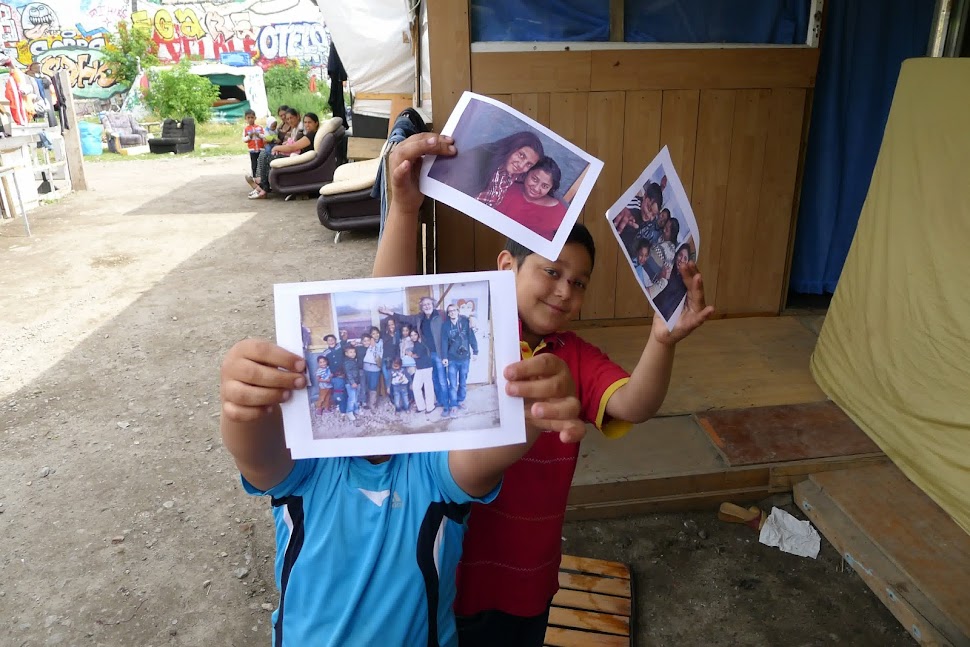 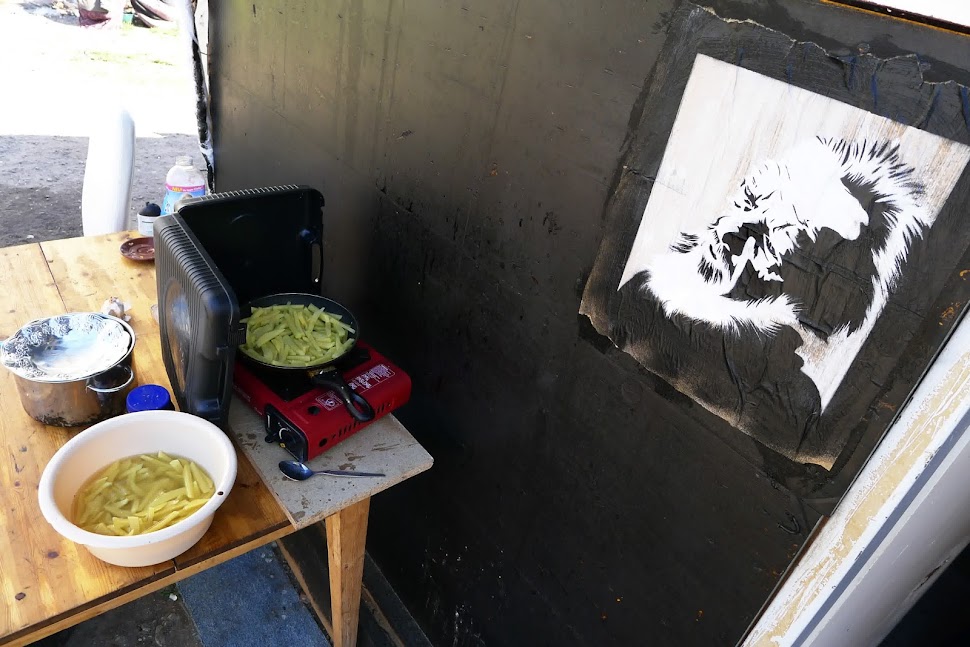 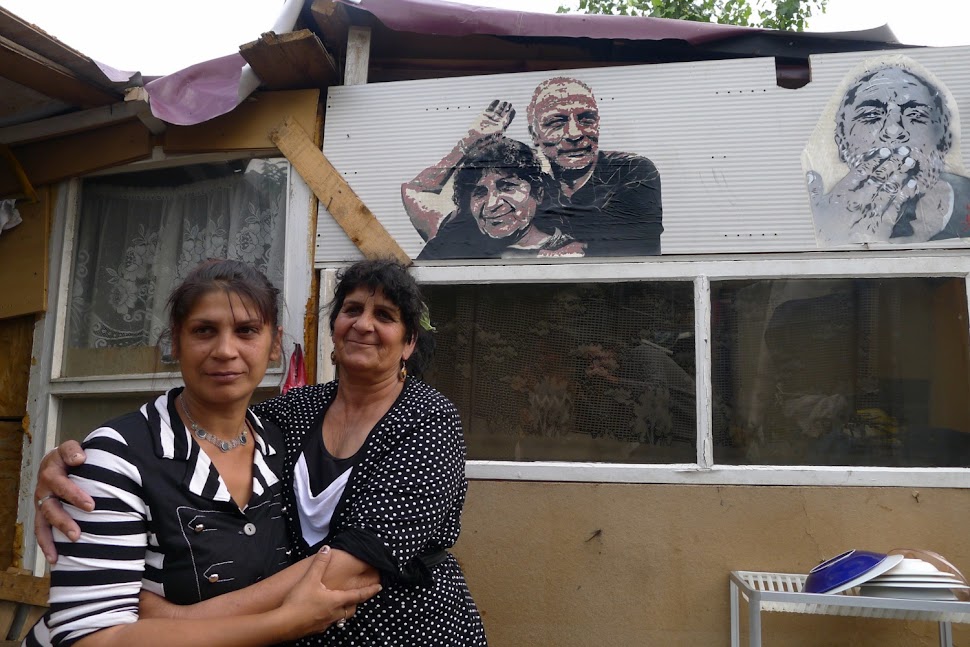 art by NiceArt and Ebenholz 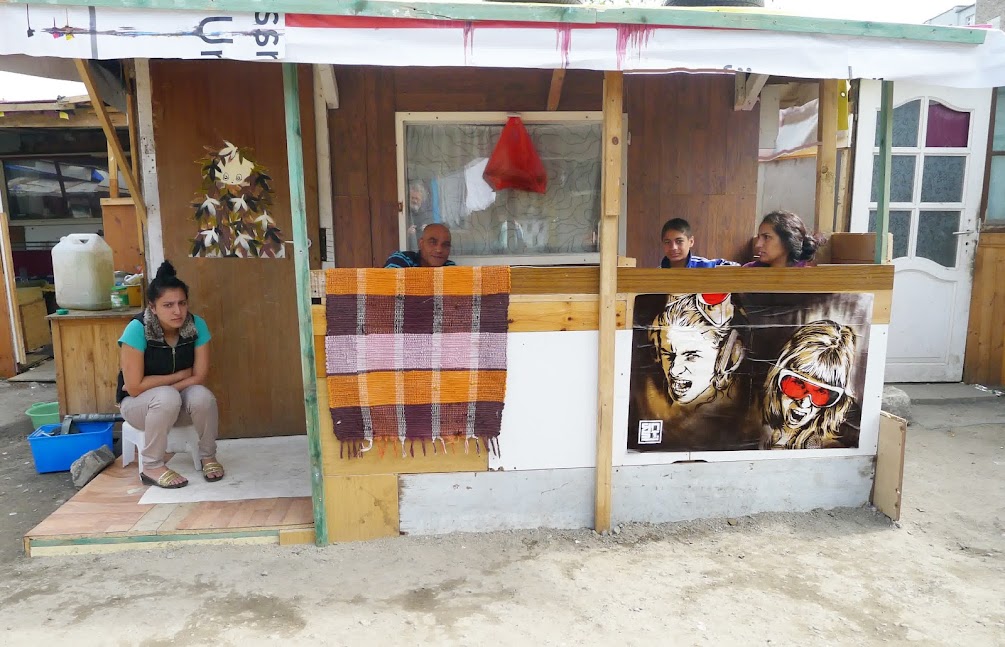 art by Barek and RNST 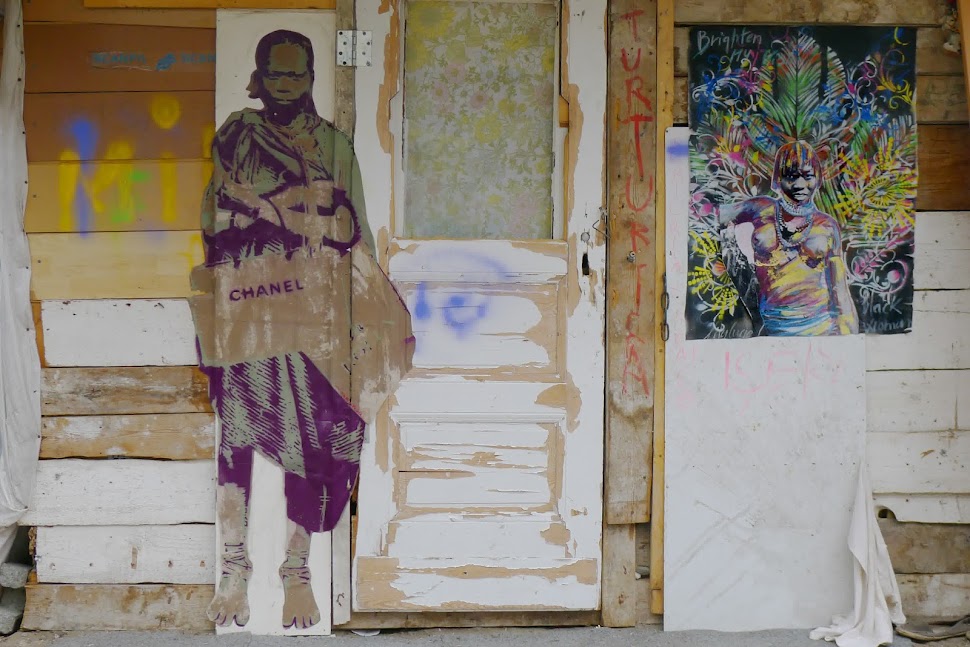 artworks by CDM and Lily Luciole 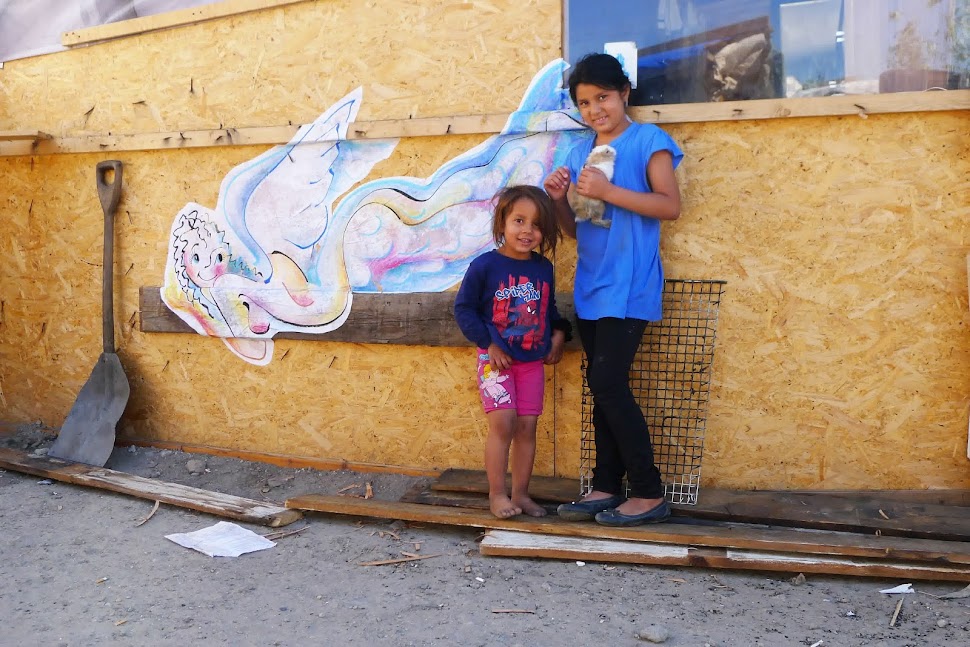 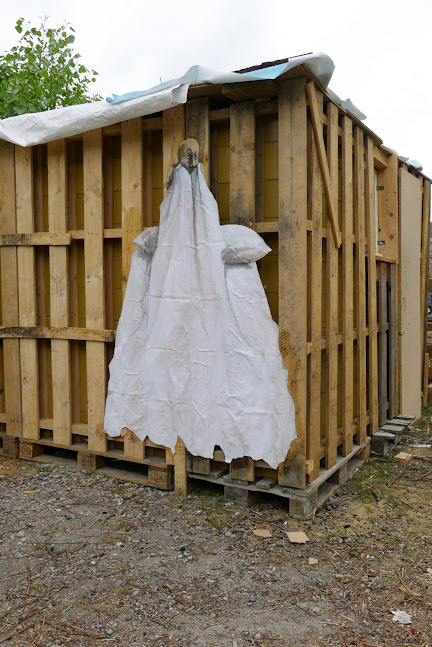 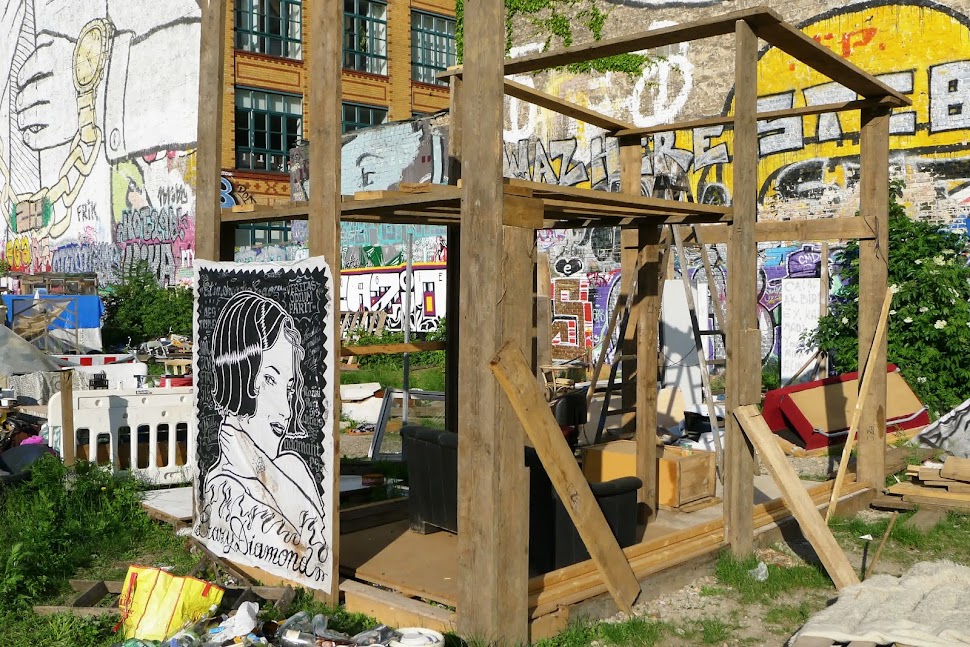