TOULOUSE 2014 : Yvon, on his way to Compostelle

Along the Canal du Midi, in the center of Toulouse, we had an unusual encounter with Yvon, a 63 years old homeless who has been living in the streets for almost a year now. He invited us to his "home", a tent under trees, where we talked for some time.

Yvon had a normal life - work, family, kids, home - until July 2013, when he decided to drop everything after a very difficult divorce. He realised that the choice he had was either to kill his ex wife but he would not survive the judgment of his children, or abandon everything and keep walking. After a period of nearly despair and sadness, he said that what kept him going was his faith in God. He had decided to walk to Compostelle with a friend homeless like him. But one day this friend had vanished. So Yvon decided to wait for another companion to do the trip with him…and trains to walk ever since.

We explained to Yvon The ArtFabric project, which made him very enthusiastic. We showed him a few art pieces, and Yvon became hypnotized by a piece from Franco Canadian artist Lily Luciole, Revelation. He said that the woman seemed to be praying, with her hands towards heaven. He instantly connected to this work. It was only after we pasted Lily’s work on his wall that we realized that Lily Luciole always finishes her emails with a verse of Matthew, which fitted so well in the context we were in. 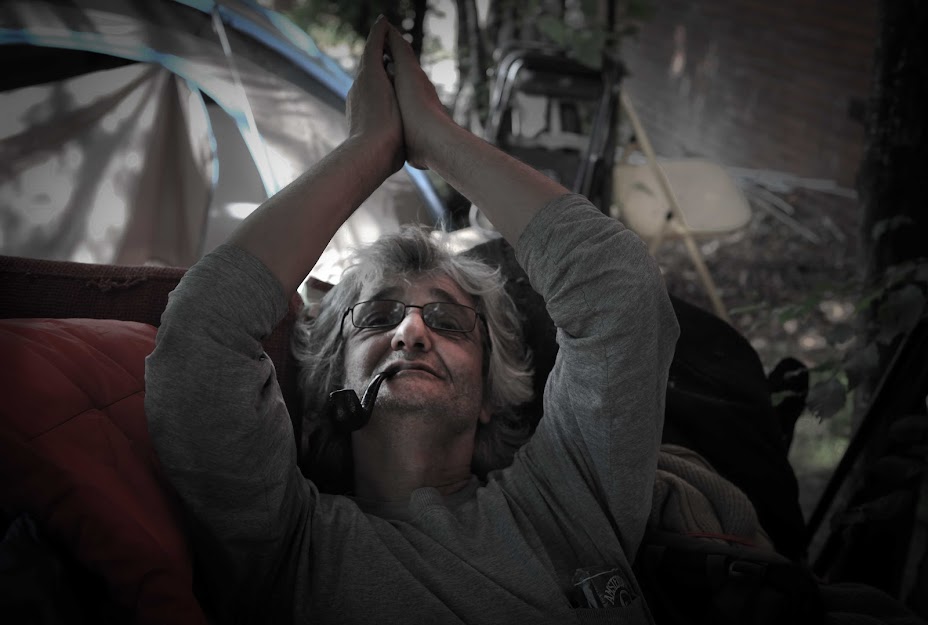 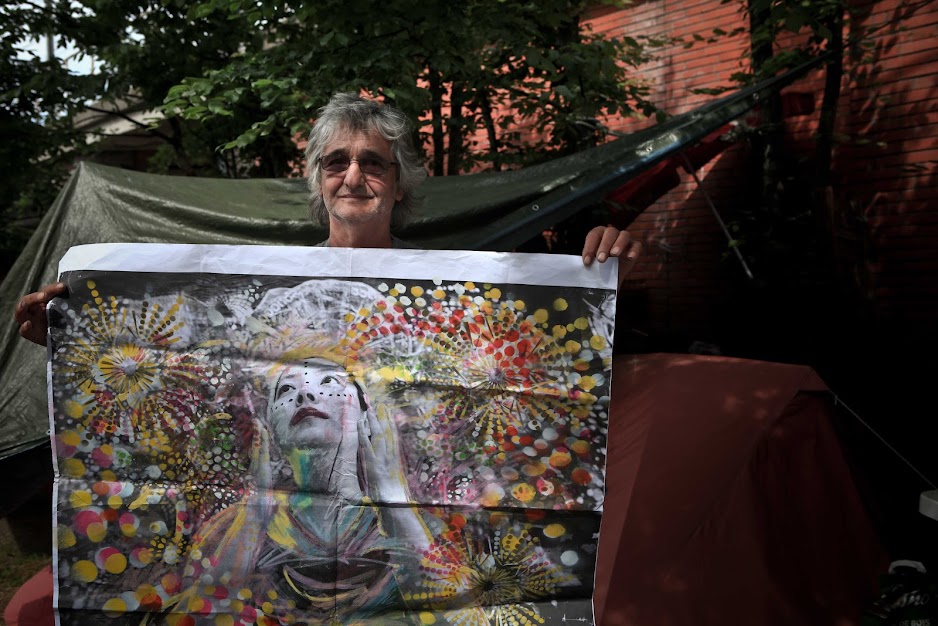 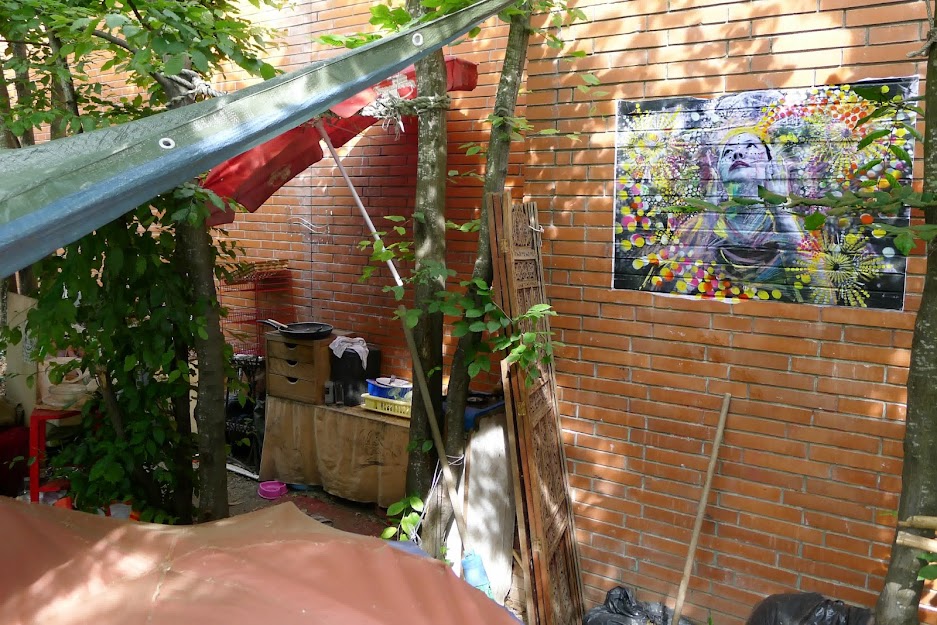 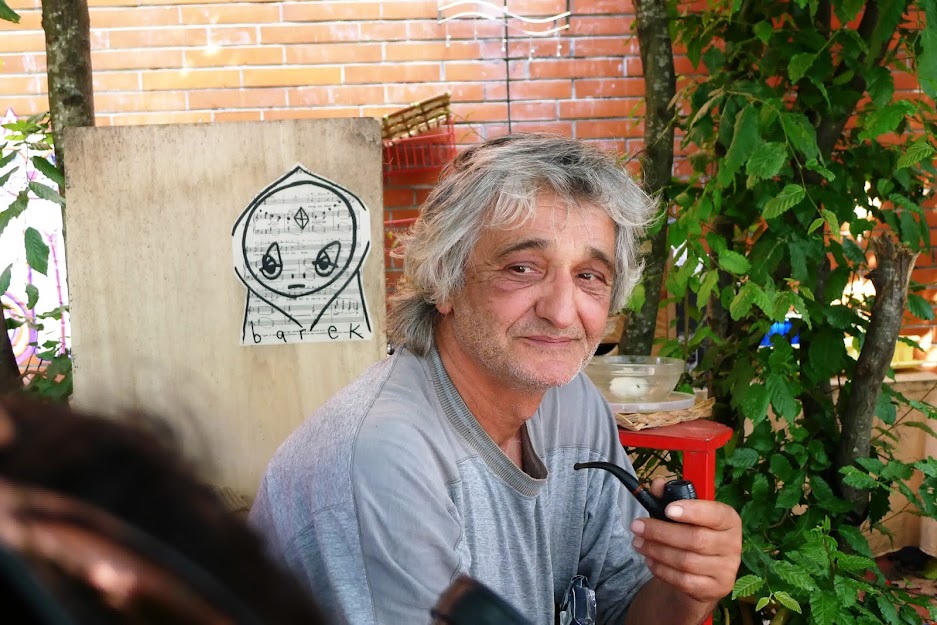 artwork by Barek, behind Yvon 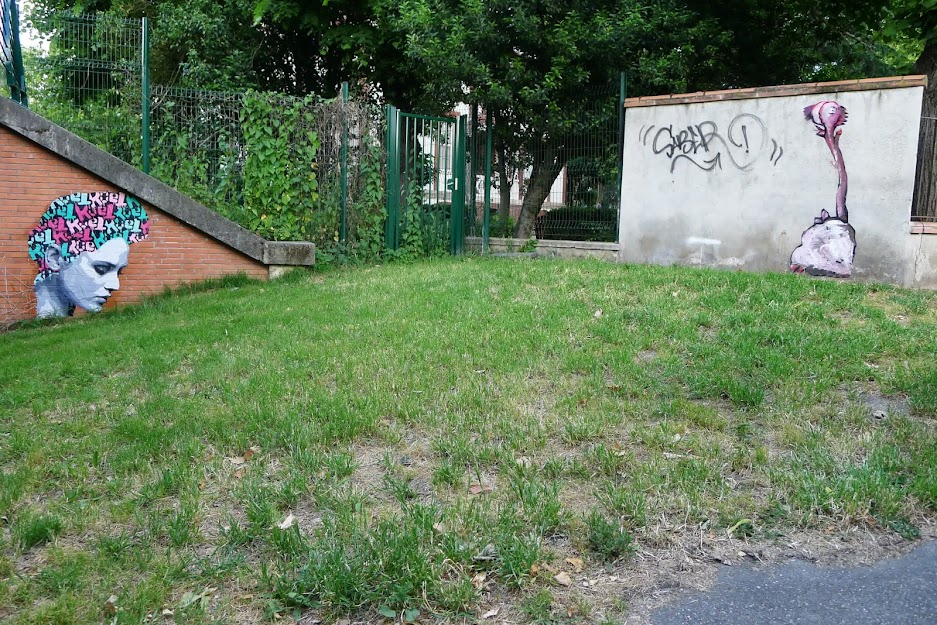 artwork by Koe1 and Larry in front of Yvon's tent 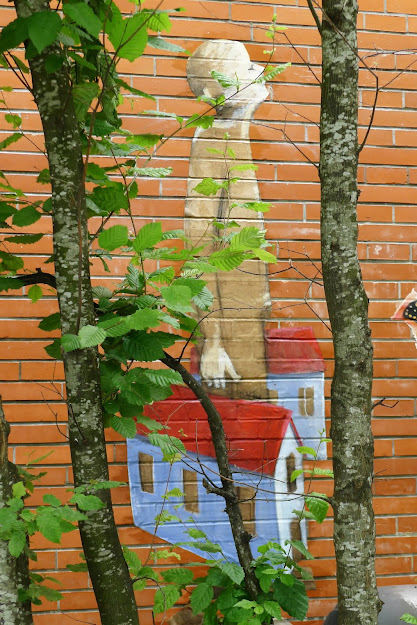