What we found in China was similar to what we experienced in Sao Paulo : the gentrification of entire parts of Beijing and Shanghai results in the forced displacement of people who used to live in very modest traditional houses (hutongs). Some resist, mainly the older generation who do not want to change their lifestyle.

In the middle of what looks like a post war landscape, families stay until they will be forced to leave. It is in these devastated areas that we brought art. Despite of an obvious communication problem, the smiles spoke better than words. Groups gathered, commented and looked happy with the results of our interventions. 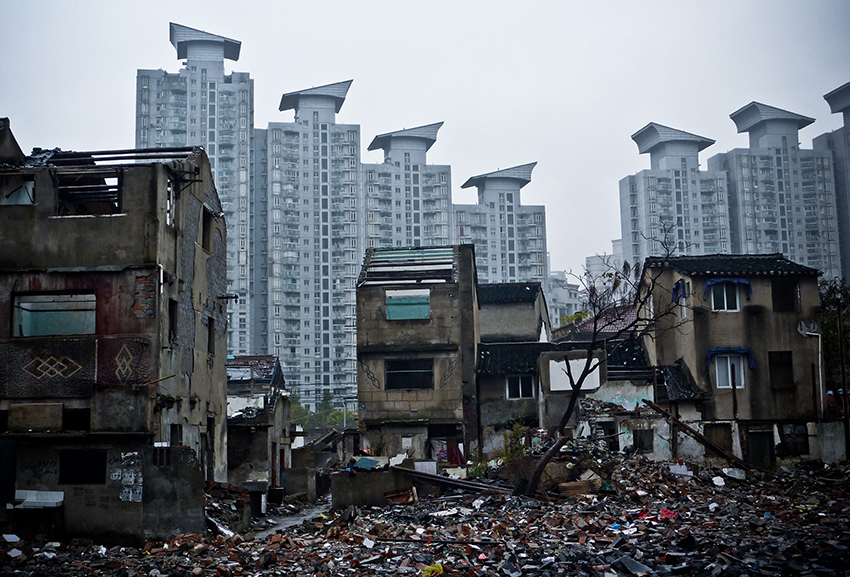 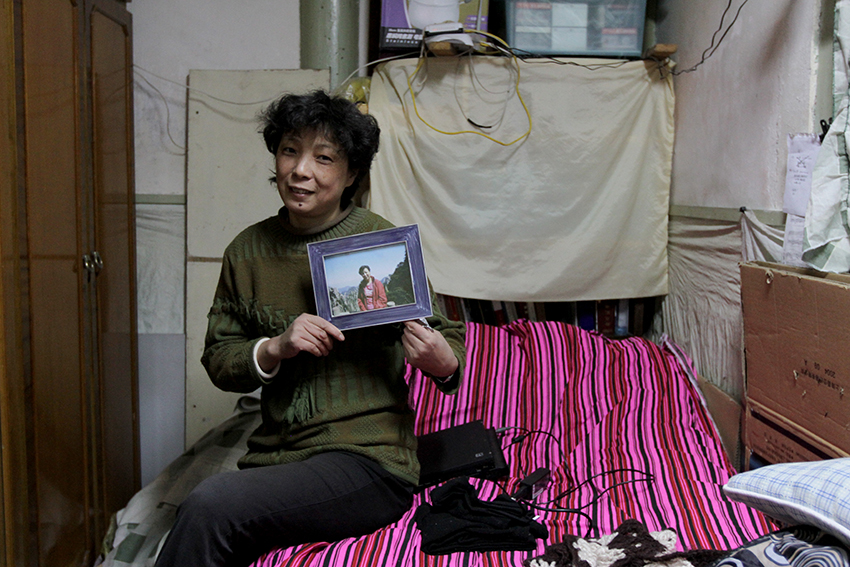 This woman is being forced out of her home wher she lived for more than 50 years... 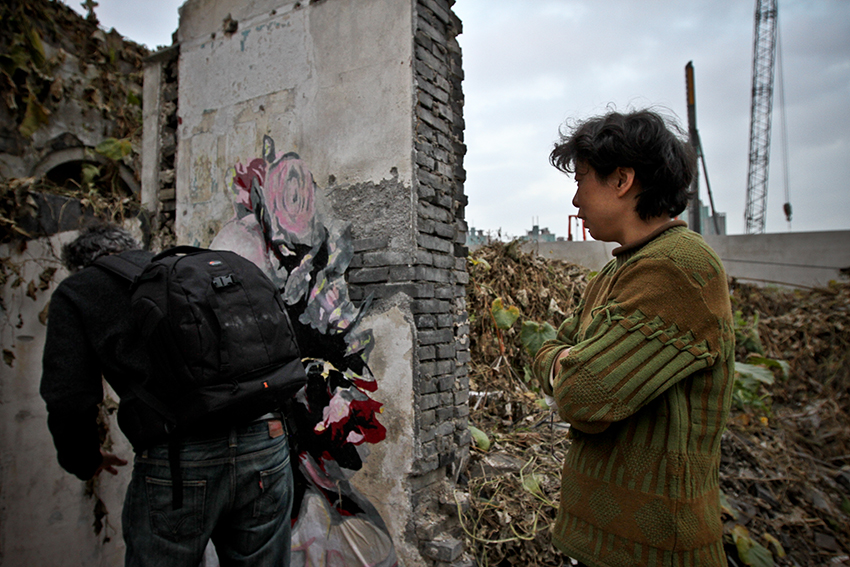 ...she chose an artpiece from English artist ZHE155 to be pasted on her house 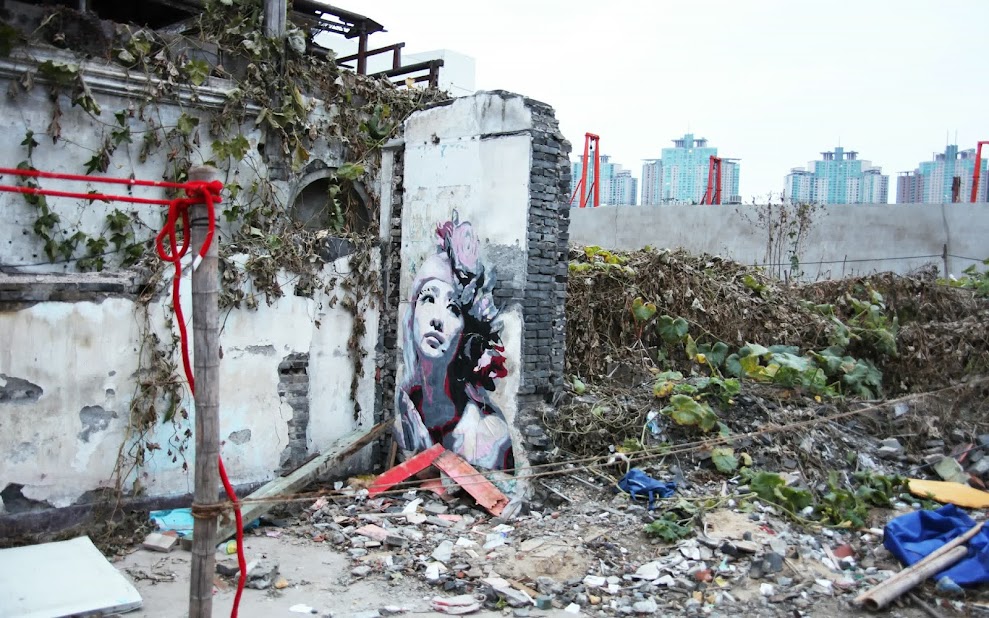 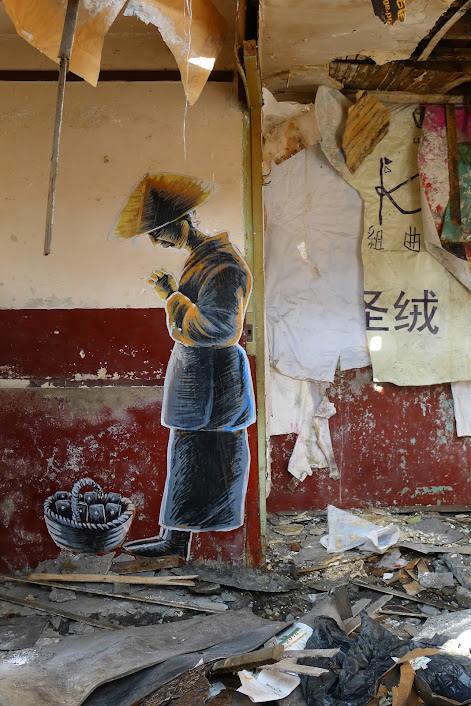 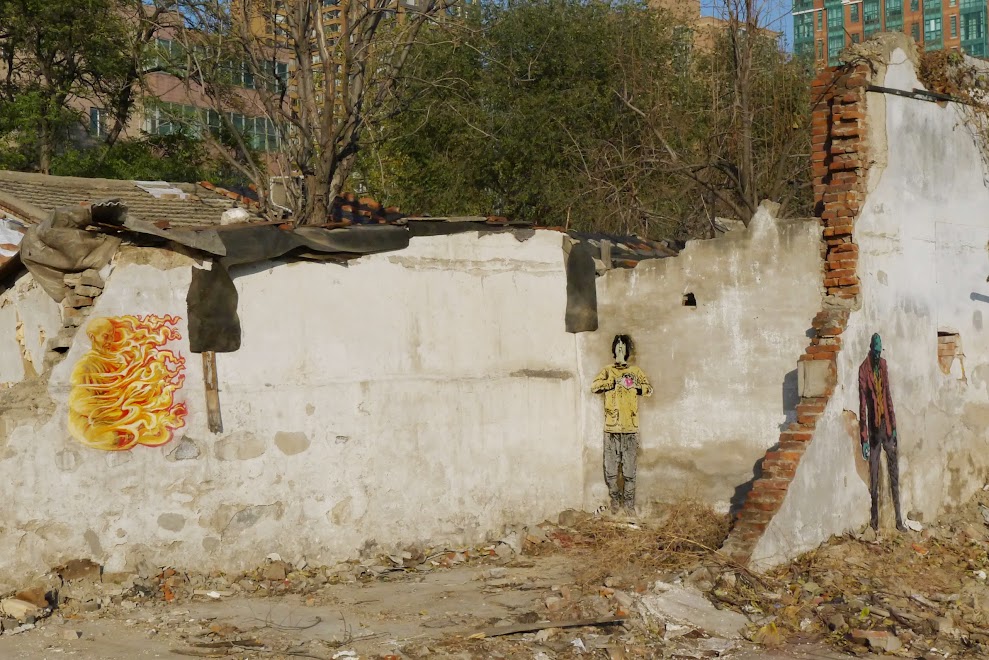 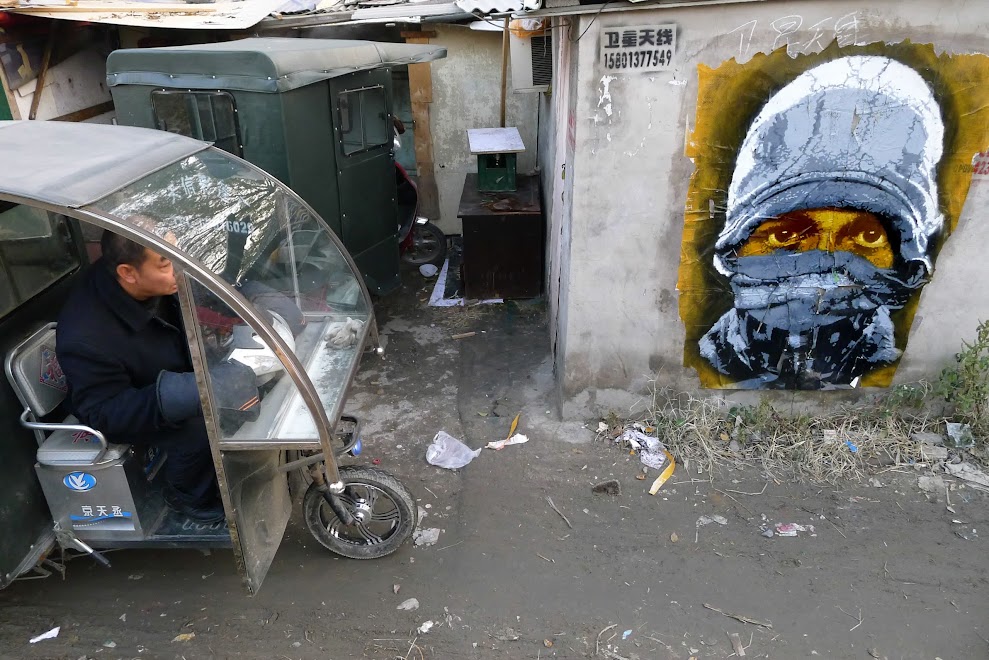 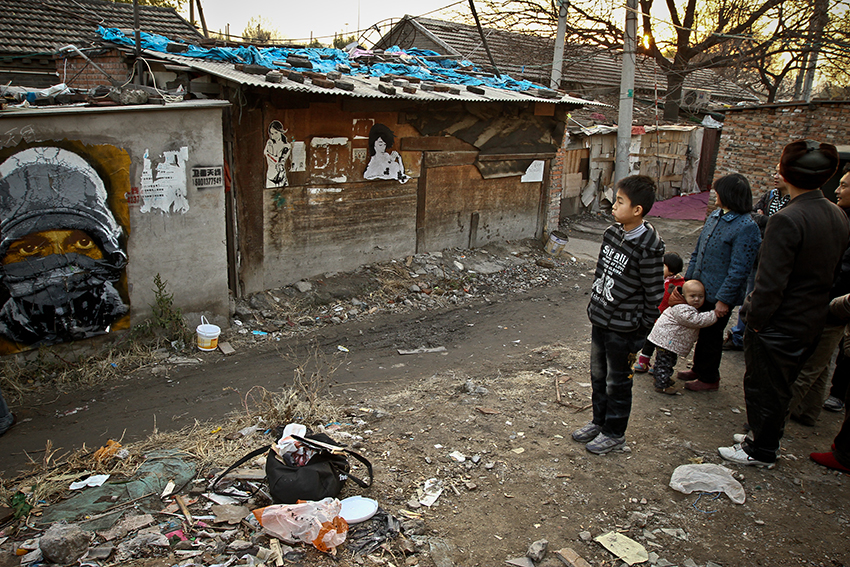 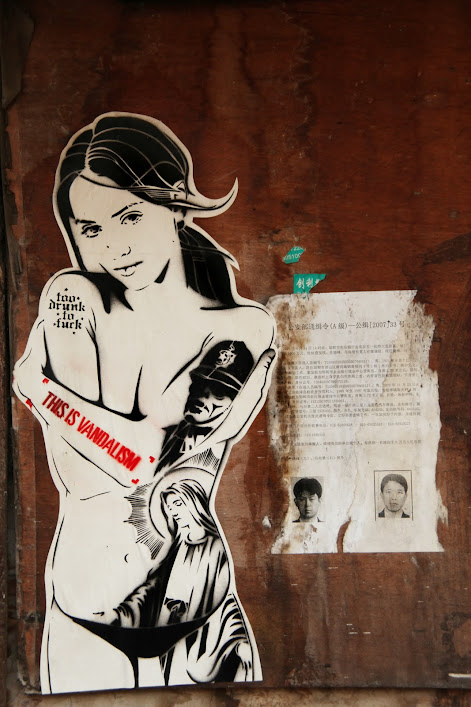 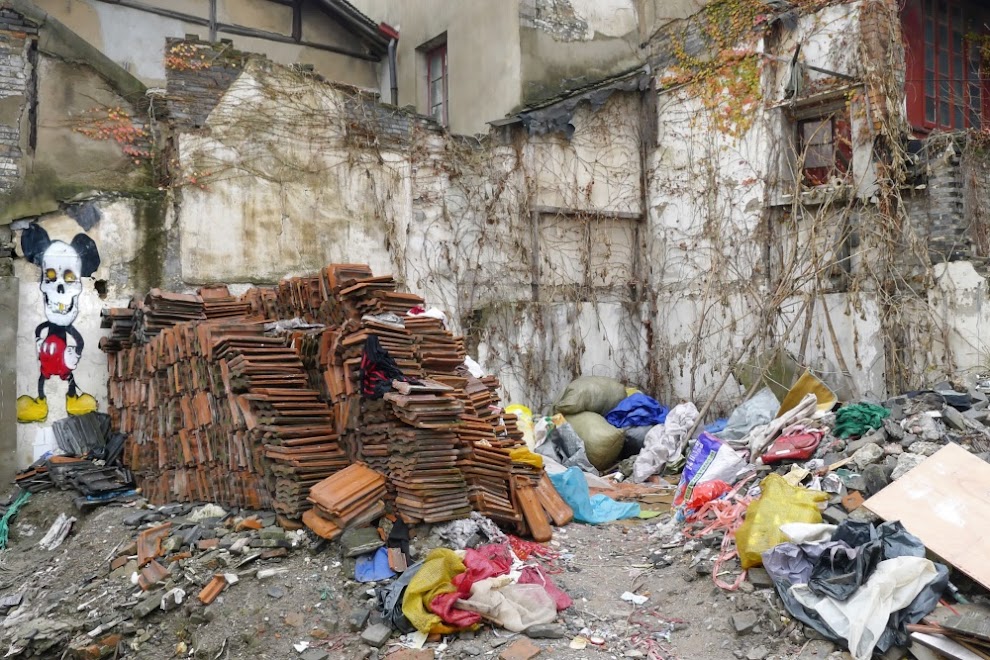 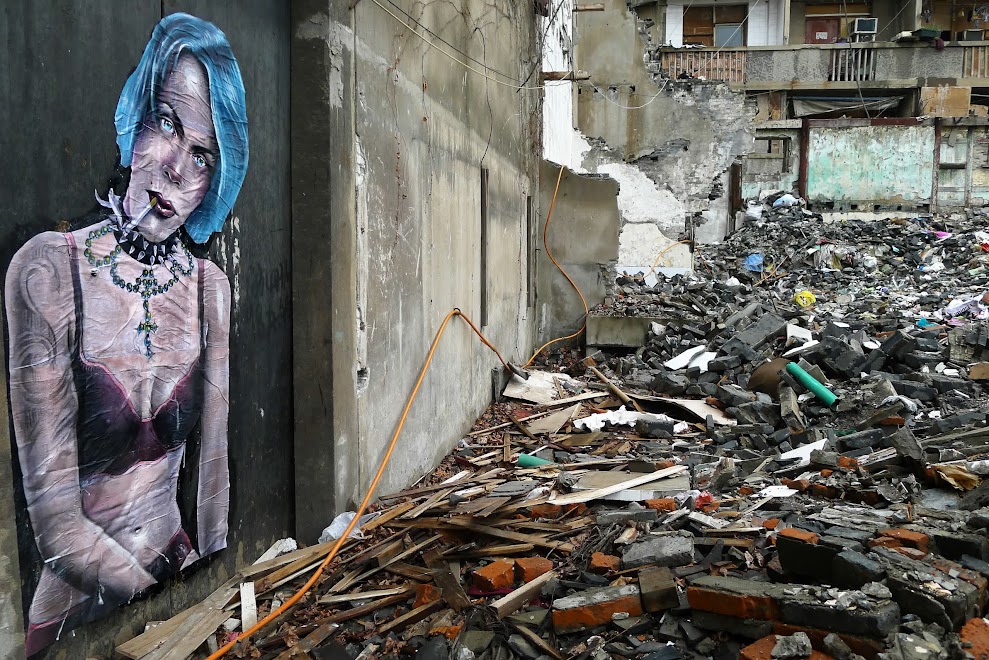 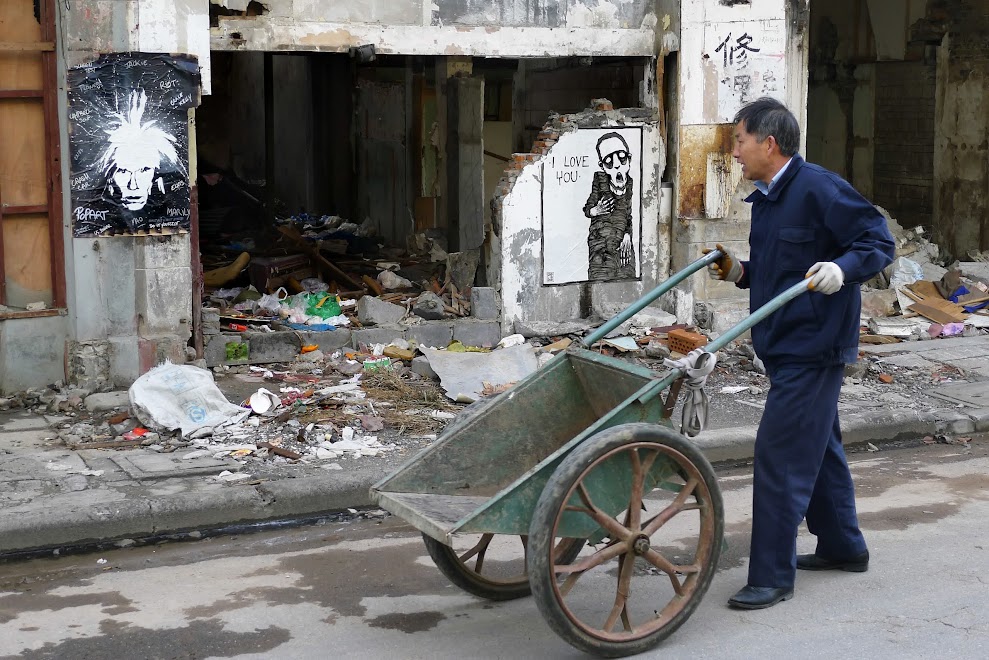 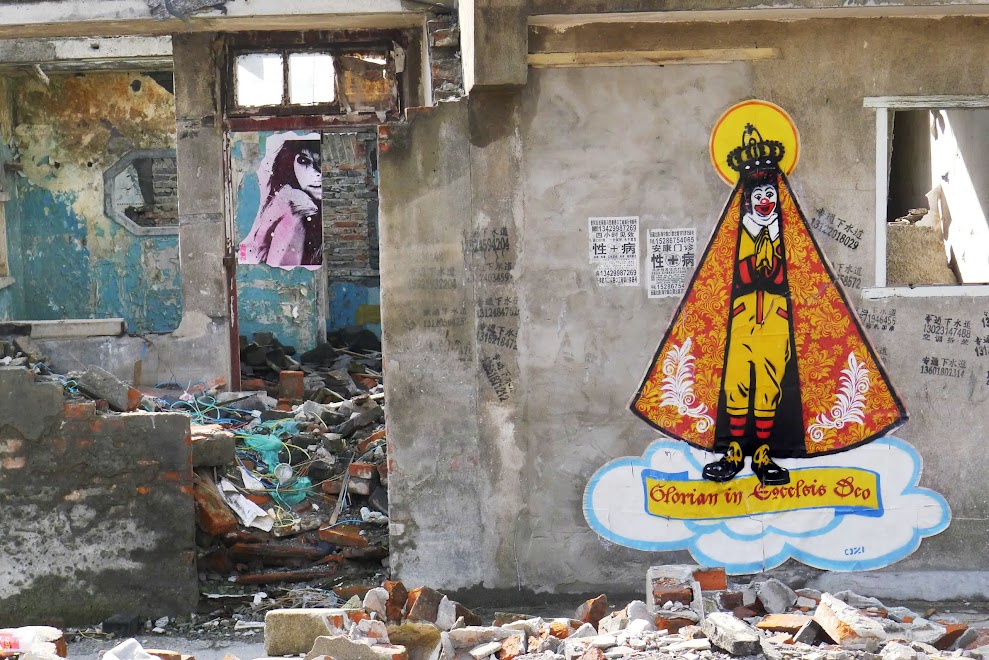 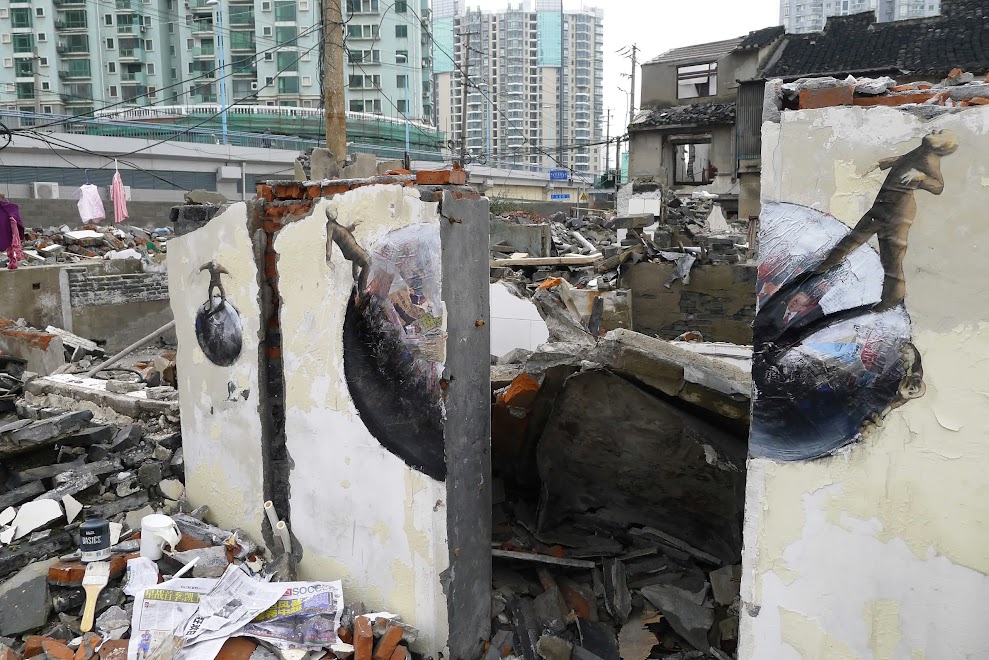 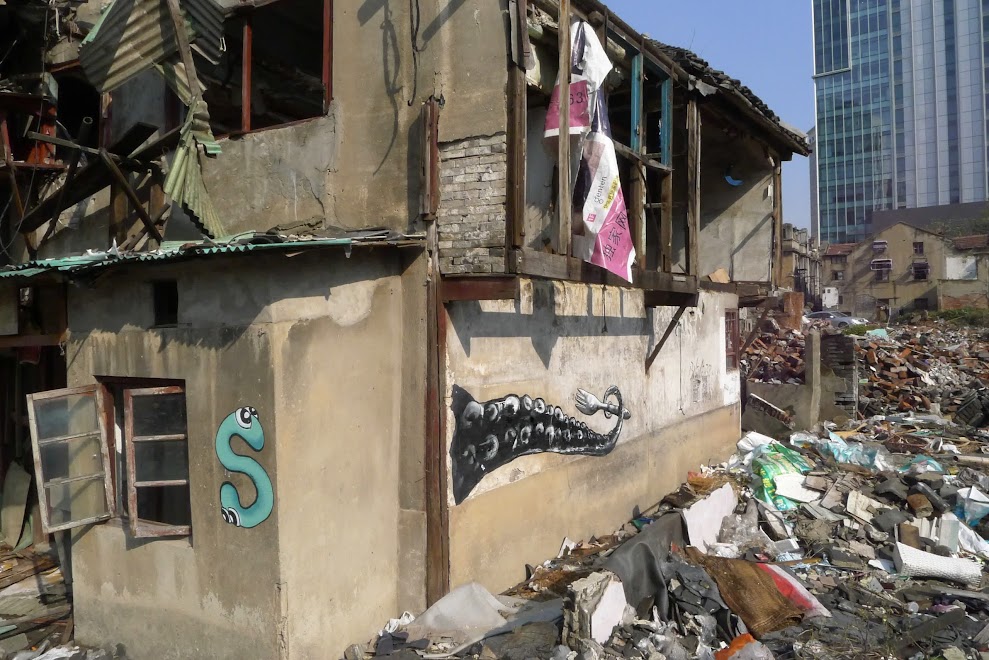 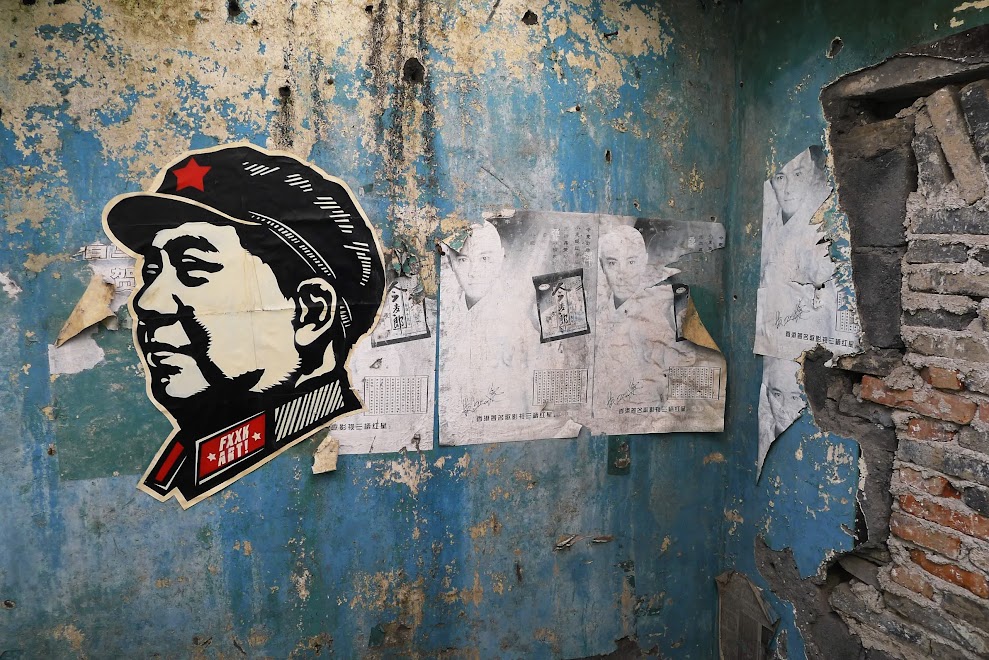 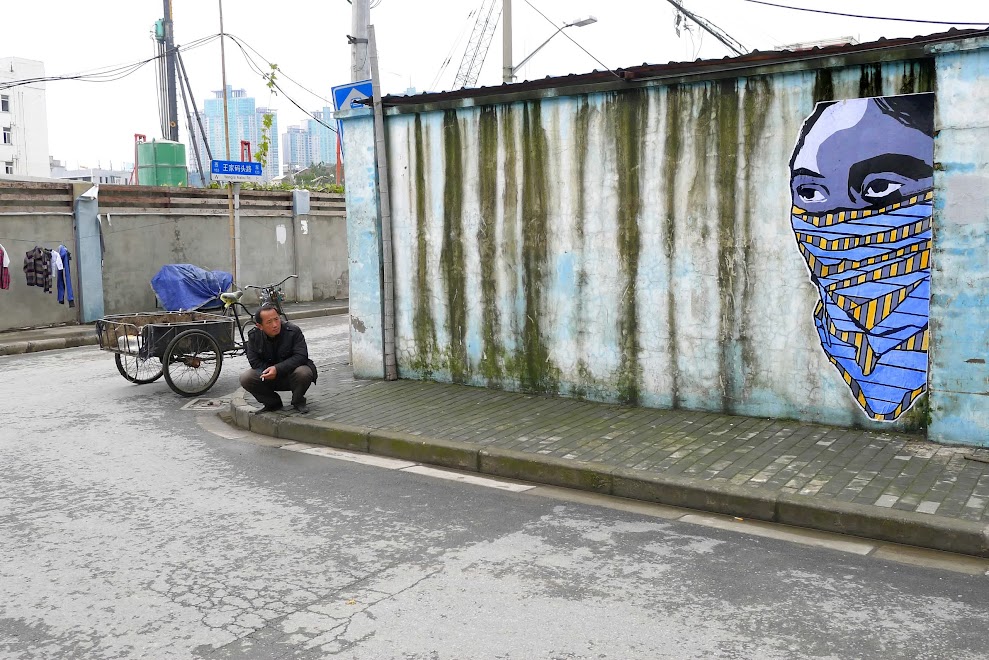 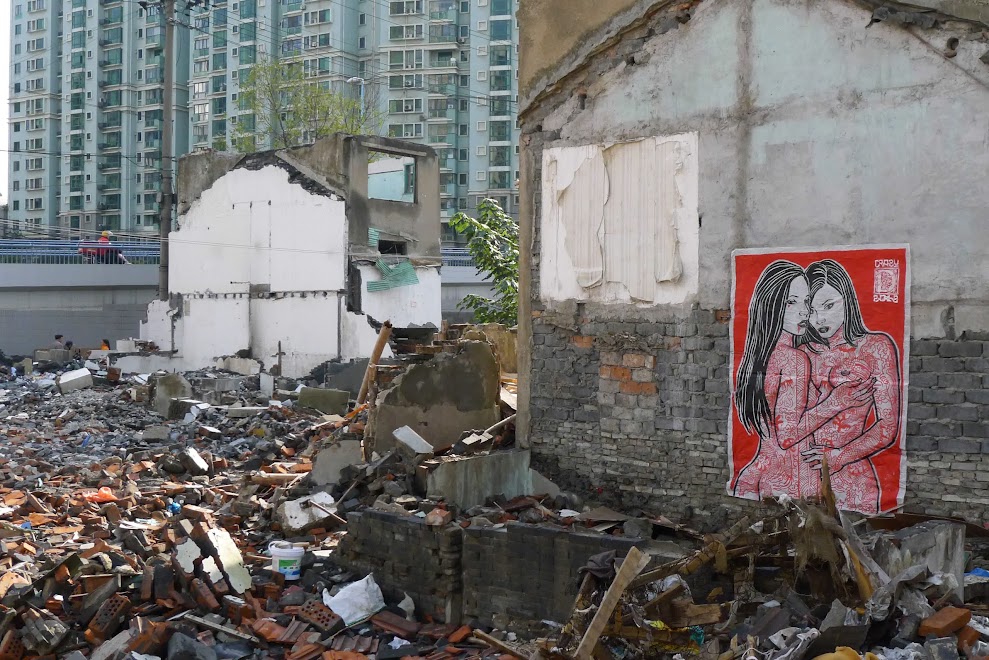 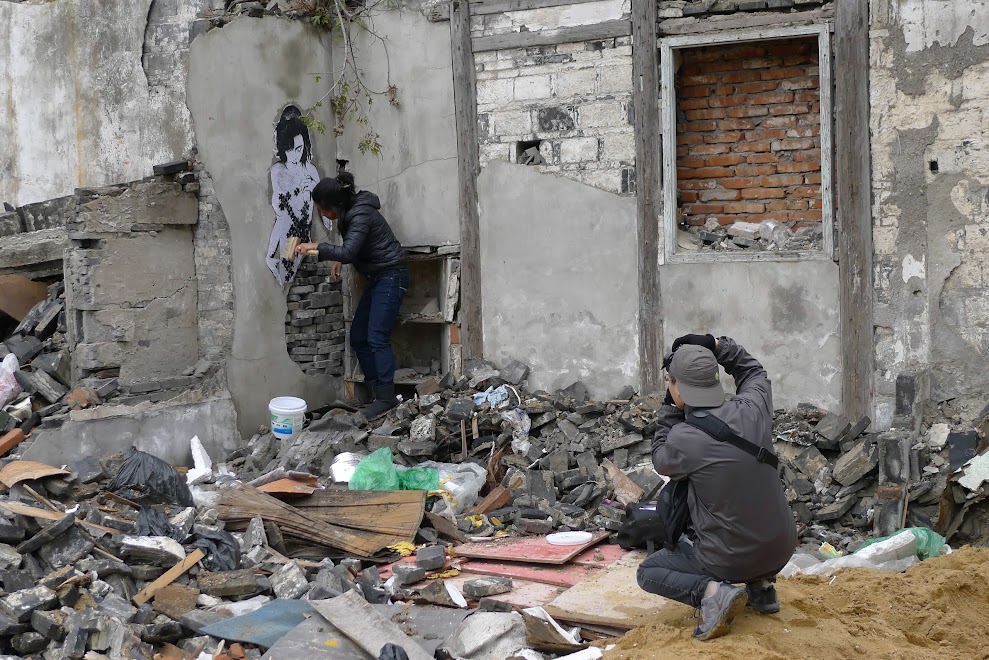 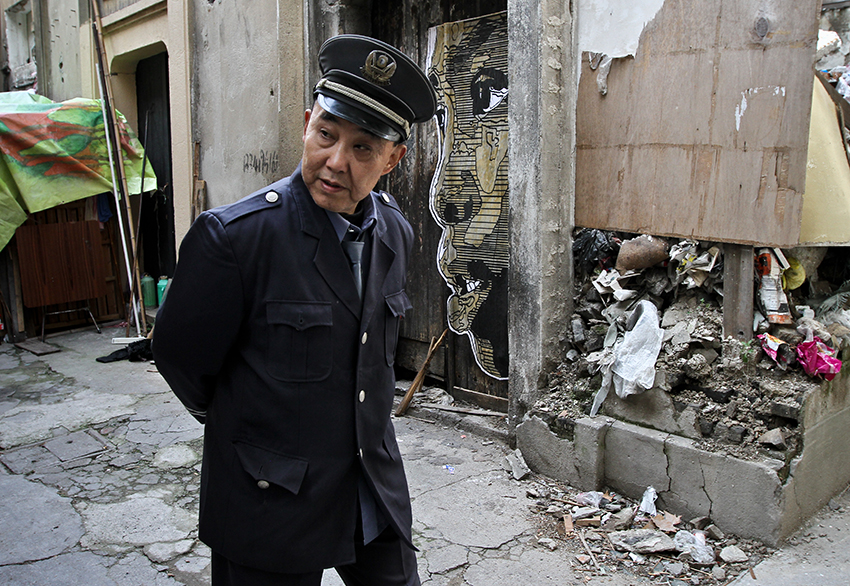