The port city of Valparaiso is internationally known for its vibrant street art scene, the
bohemian lifestyle and the brightly colored wooden houses. It attracts artists from all over the world, who go there to paint its walls, making the streets an open-air gallery. In this bay
surrounded by mountains, most of the tourists and inhabitants are located in the cerros, the hills of Valparaiso. The square meter in a “valued ”cerro is one of the most expensive in Chile.
Paradoxically, Valparaíso is the city with the most slums in Chile, where one-third of the
population is living in shantytowns, according to the NGO TECHO.
We have been warned that the slums were risky zones to be avoided.
On the top of one of those hills, where roads are dirt roads, we start to paste the work of ZHE155 on the wall of Mrs. Dolores’ home who has a very small convenience store in a corner of her house.

In Santiago de Chile we paste in a poor neighborhood unfortunately reputed for it's violence.

We see the traces of this violence on the walls riddled with bullet holes. Here again, the children participate with pride to our pastings. 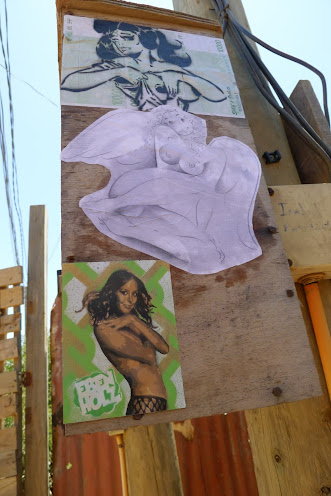 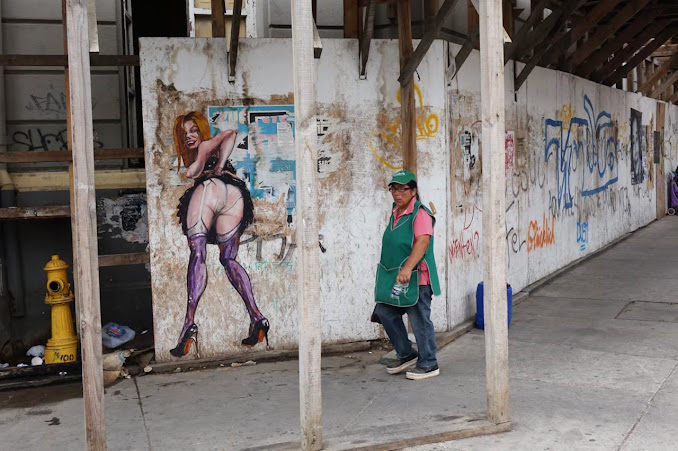 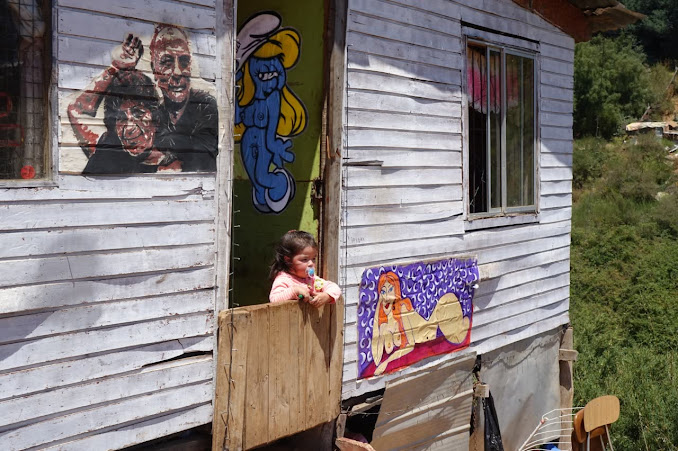 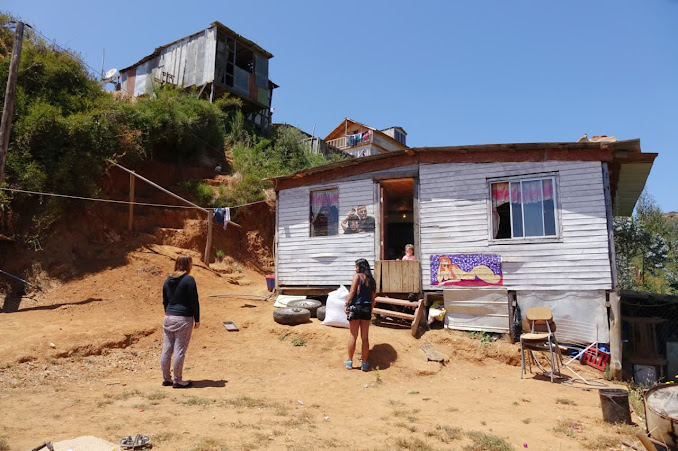 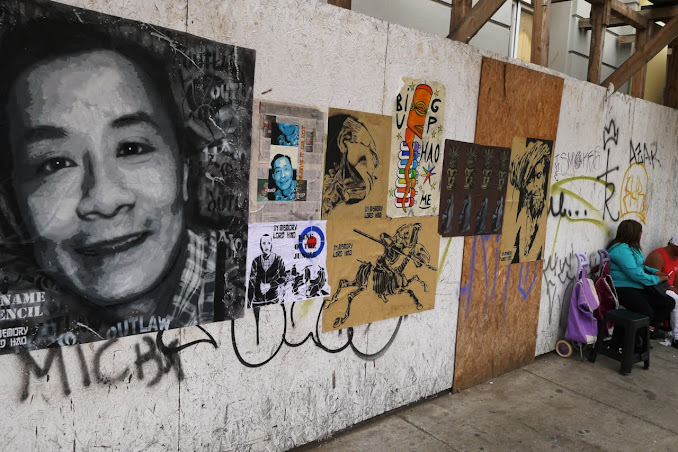 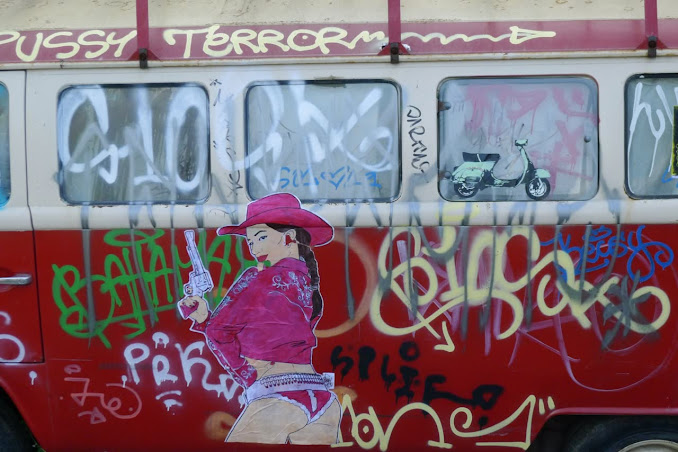 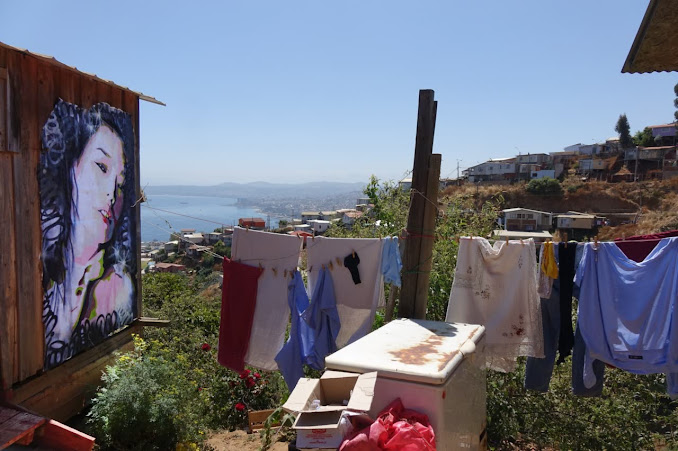 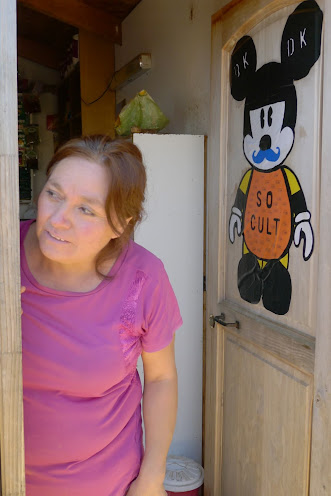 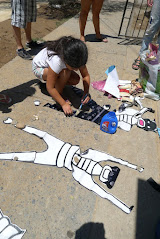 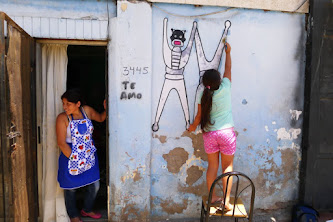 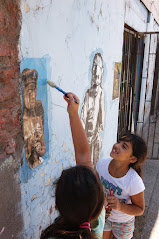 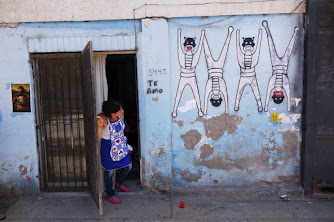 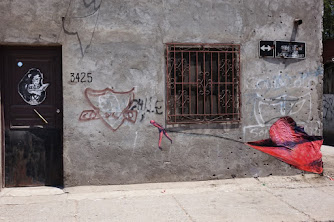 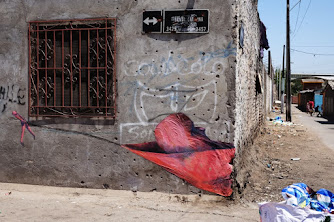 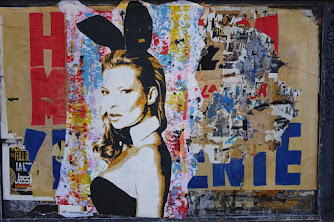 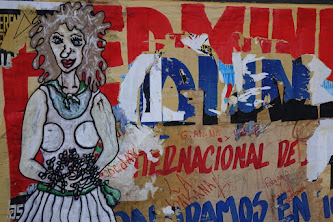